Home 홈페이지 | Education & Culture | U.S. Embassy for Kids & Students | Learn about the U.S Government | How Laws are Made

What is a Law?

We can better understand the law when we understand our communities. Laws teach us how to behave properly and inform us of the rules we all must follow. So first, we need to know what a law is, who makes the laws, and how laws are made. Let’s get started!

Imagine that you and your family are sitting down to play a game. First, you would need to know the rules. Someone in your family would read the rules of the game aloud. Then, you would clearly understand how to play. The rules, just like laws, tell us how to play fairly and how to make sure that everyone is treated in the same way.

Federal laws are made by Congress on all kinds of matters, such as speed limits on highways. These laws make sure that all people are kept safe. The United States Congress is the lawmaking body of the Federal Government. Congress has two houses: the House of Representatives and the Senate. 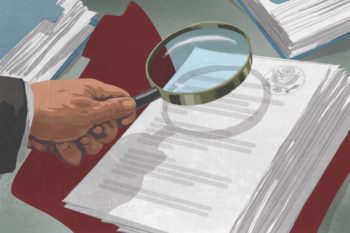 Each state also passes its own laws, which you must follow when you are in that state. If you live in Michigan, for example, you would follow the laws of that state as well as the Federal laws.

How Laws are Made

So now we know that a law is like a rule that we must follow. We know that Congress makes the laws, and now we will learn how they are made.

Laws start in Congress. When someone in the House of Representatives or the Senate wants to make a law, they start by writing a bill. A bill is like an early version, or a draft, of the proposed law.

Each Congress lasts about two years. During that time, Senators and Representatives may introduce thousands of bills. Yet only some of those bills will eventually become laws.

The bill has to be voted on by both houses of Congress: the House of Representatives and the Senate. If they both vote for the bill to become a law, the bill is sent to the President of the United States. He or she can choose whether or not to sign the bill. If the President signs the bill, it becomes a law. If the President decides not to sign the bill into law, it is called a veto and the bill is sent back to Congress. Congress can bypass, or override, the veto with a two-thirds vote in both the House and the Senate. The bill would then become a law.