What are the Branches of Government

The United States Government is divided into three parts, or branches: the legislative branch, the executive branch, and the judicial branch. Each branch has a different duty, but all three branches must work together.

The legislative branch is in charge of making laws. It is made up of the Congress and several Government agencies. Congress has two parts: the House of Representatives and the Senate. Members of the House of Representatives and the Senate are voted into office by American citizens in each state. There are currently 100 Senators, 435 Representatives, 5 Delegates, and 1 Resident Commissioner. The Government Publishing Office and Library of Congress are examples of Government agencies in the legislative branch. These agencies support the Congress. 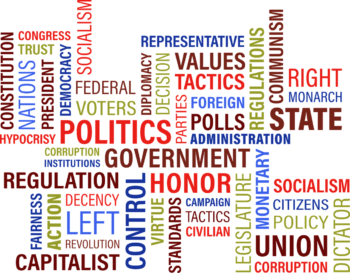 The judicial branch is in charge of deciding the meaning of laws, how to apply them to real situations, and whether a law breaks the rules of the Constitution. The Constitution is the highest law of our Nation. The U.S. Supreme Court, the highest court in the United States, is part of the judicial branch. The Supreme Court is made up of 9 judges called justices who are nominated by the President and confirmed by the Senate. The justices hear cases that have made their way up through the court system.