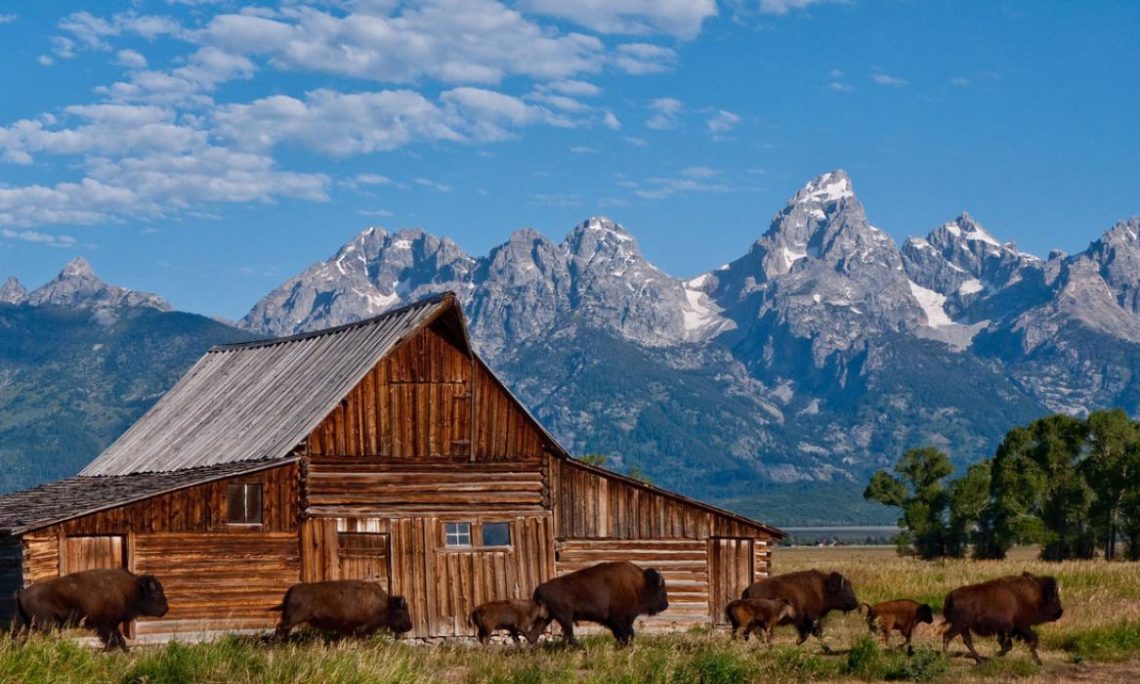 Wyoming gets its name from the Algonquin words for “land of vast plains.” After the Union Pacific Railroad reached the town of Cheyenne, the capital, in 1867, the population began to grow steadily in the Wyoming Territory, established in 1868. Wyoming was admitted as the 44th state in 1890. The constitution of the “Equality State” was the first in the world to grant voting rights to women. Wyoming was also the first state to elect a woman governor. People are spread out across the state in small farming and ranching towns, and millions of visitors come to enjoy the Yellowstone and Grand Teton national parks each year. The state flower has the poetic name of Indian paintbrush. Wyoming is the smallest state in the Union in population.