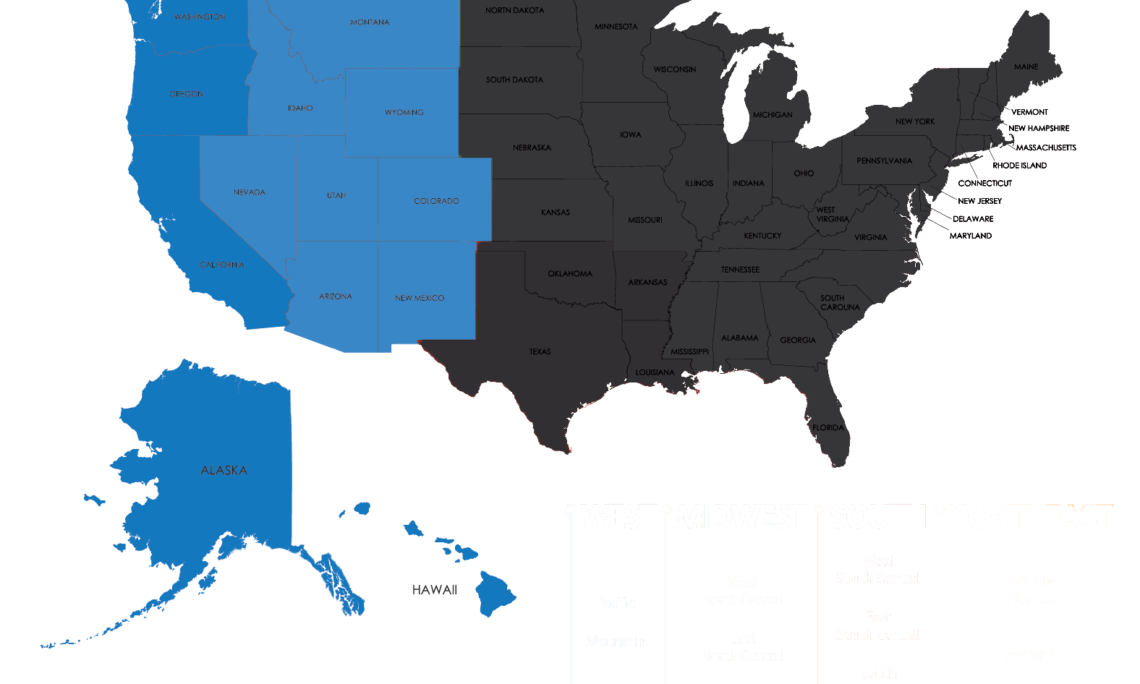 The West is a region of scenic beauty on a grand scale. All of its 11 states are partly mountainous, and the ranges are the sources of startling contrasts. To the west of the peaks, winds from the Pacific Ocean carry enough moisture to keep the land well-watered.

The nickname of the 49th state, Alaska, is the “Last Frontier.”

Nicknamed the “Golden State,” California is the third largest state in area after Alaska and Texas.

Called the “Centennial State,” because it became the 38th state when the U.S. turned 100 in 1876, Colorado is most closely associated with the Rocky Mountains and has numerous peaks over 14,000 feet.

Known as the “Aloha State” (in Hawaiian, “aloha” can mean “hello”), Hawaii is a group of volcanic islands in the central Pacific Ocean that together became the 50th state in 1959.

Nevada’s name comes from the Spanish word meaning “snow clad”–a reference to the snow-covered peaks of the Sierra Nevada.

In 1540, the Spanish conquistador Coronado trekked through the area known today as New Mexico in search of the fabled seven cities of gold.

Spanish sailors in search of a northwest passage were the first Europeans to see what is known today as Oregon.

The state known as Utah began when Brigham Young led a group of Mormon pilgrims seeking freedom from religious persecution into the Great Salt Lake Valley, where they established a settlement in 1847.

In 1853, the Washington Territory was formed from part of the Oregon Territory.

Wyoming gets its name from the Algonquin words for “land of vast plains.”