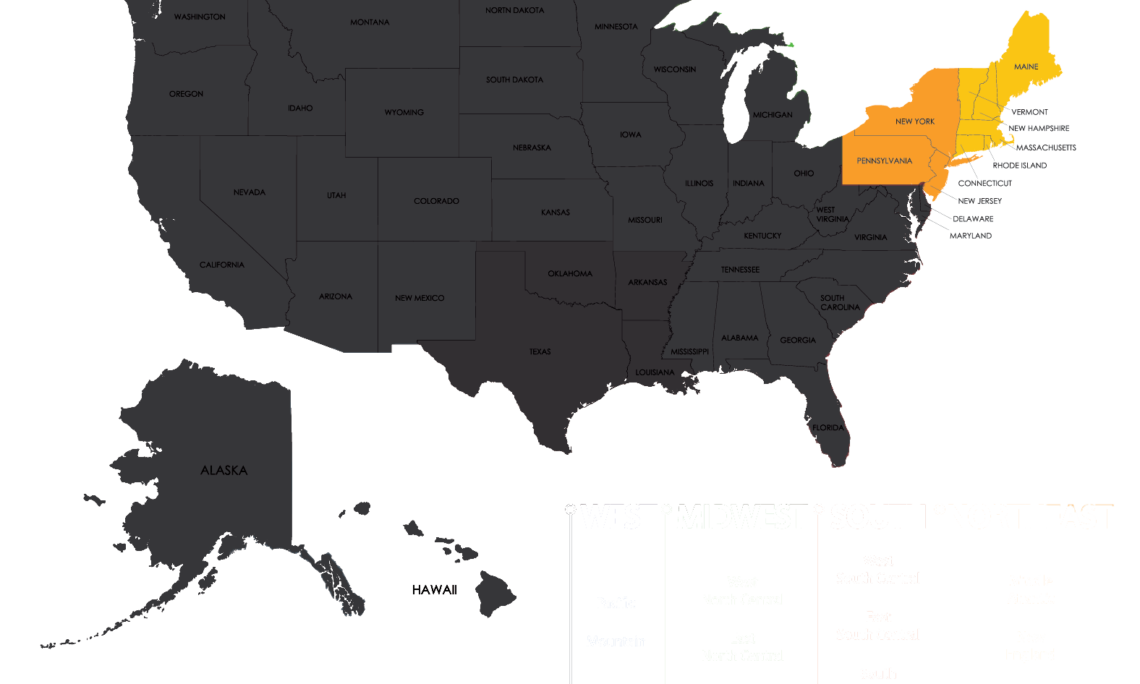 The smallest region, North East has not been blessed with large expanses of rich farmland or a mild climate. Yet it played a dominant role in American development.

One of the original 13 states, Connecticut is known as the “Constitution State.”

The largest of the New England states in area, Maine, in 1820, was the 23rd state to join the Union.

One of the six New England states, and one of the first 13 states in the Union (it entered in 1788), Massachusetts is known as the “Bay State” or as the “Old Colony State.”

One of the original 13 states (it entered the Union in 1788), New Hampshire was named after the English county of Hampshire.

Italian Giovanni da Verrazano, in 1524, was the first European to explore the area we know today as New Jersey.

The Dutch West India Company established the first settlement at Fort Orange near present day Albany in 1624 and another in New Amsterdam on the site of present day Manhanttan a year later.

Although Swedes and Dutch were the first European settlers, William Penn, a Quaker, named Pennsylvania in honor of his father by combining the name Penn and the Latin term sylvania, which translates as “woodlands,” to come up with “Penn’s woodlands.”

Roger Williams and a group of religious followers founded the town of Providence in what is today known as Rhode Island after their banishment from the Massachusetts Bay Colony.

In 1609, French explorer Samuel de Champlain came upon a large lake in the area we know today as Vermont and named it after himself.