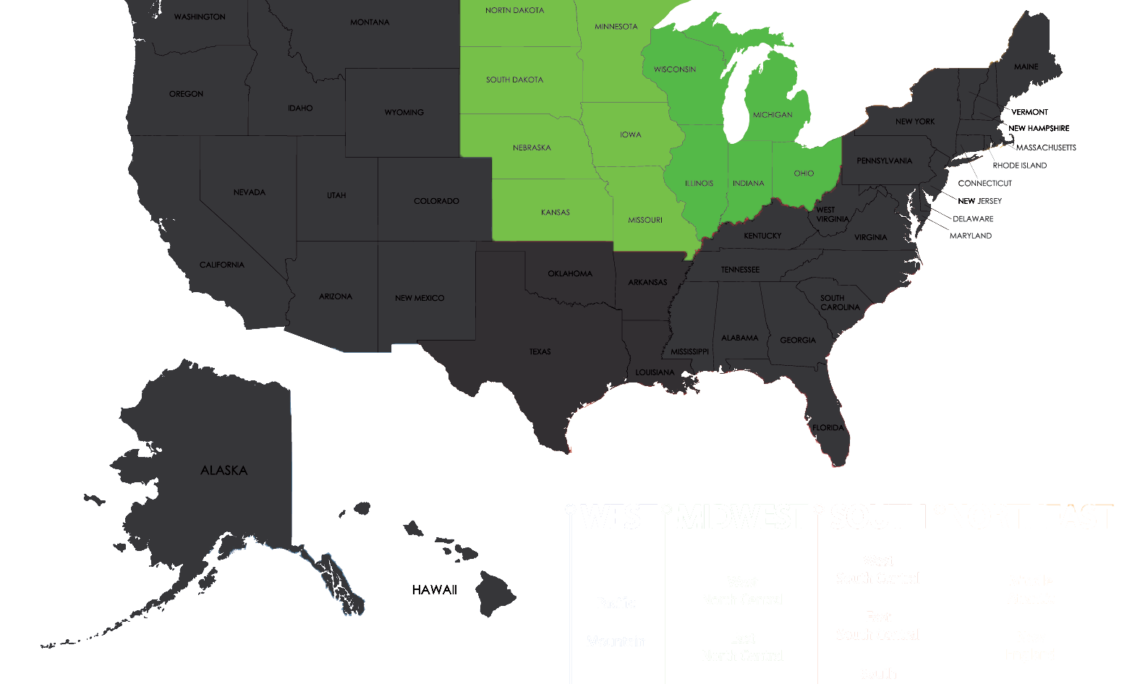 Most of the Midwest is flat. The Mississippi River has acted as a regional lifeline, moving settlers to new homes and foodstuffs to market. The river inspired two classic American books, both written by a native Missourian, Samuel Clemens, who took the pseudonym Mark Twain: Life on the Mississippi and Adventures of Huckleberry Finn.

Named for the Illinois Indians, Illinois became the 21st state in 1818.

Although it is sometimes called the “Corn State,” Iowa really is a breadbasket for the U.S., with 90 percent of its land devoted to farming.

Michigan was the 26th state, admitted into the Union in 1837.

The “Land of 10,000 Lakes,” Minnesota got its nickname because there are more than 12,000 lakes throughout the state.

Missouri is called the “Show Me State,” because its people have a reputation for believing only what they see.

Nebraska gets its name from an Indian word meaning “flat water” after the Platte River that flows through the state.

Both rural and agricultural, with grain farms and cattle ranches, North Dakota gets its name from the Dakota division of the Sioux Indians who lived on the plains before the Europeans arrived.

The land we call Ohio today was part the Northwest Territory that the United States won by defeating the British in the Revolutionary War.

A Great Plains state, South Dakota was named for the Dakota division of the Sioux Indians, and is known as the Coyote State.