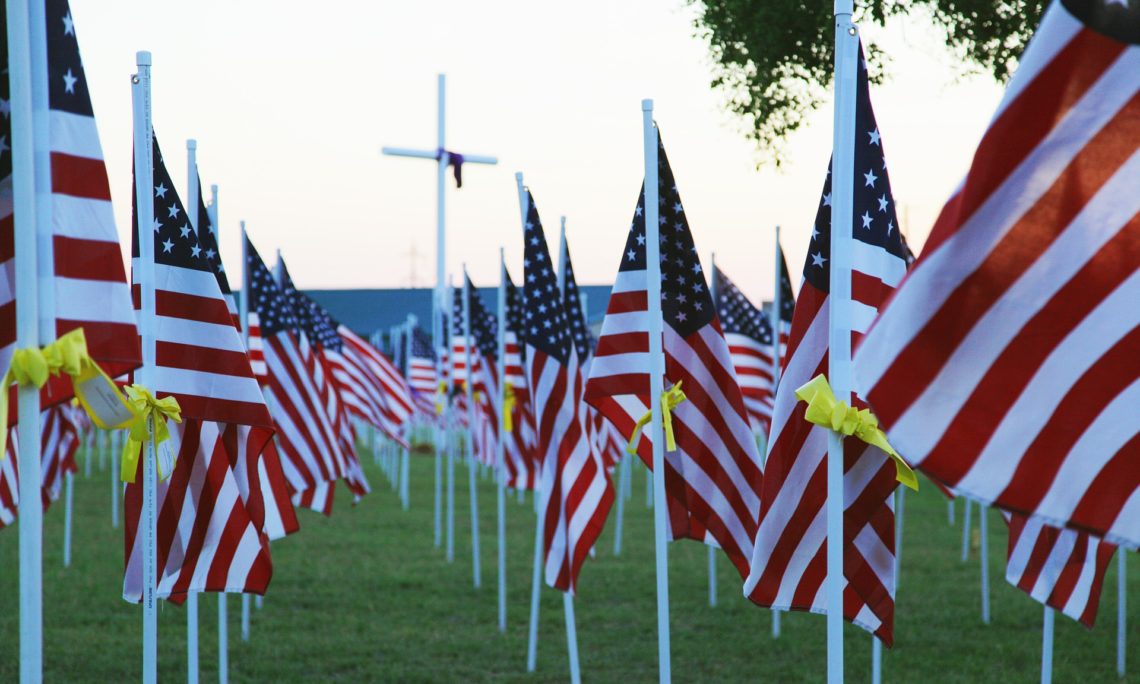 Memorial Day is a holiday to honor the men and women who have died in wars or in the service of their country. It is observed on the fourth Monday in May.

It was 1866, and the United States was recovering from the long and bloody Civil War between the North (Union) and the South (Confederate). Surviving soldiers came home, some with missing limbs, and all with stories to tell. Henry Welles, a drugstore owner in Waterloo, New York, heard the stories and had an idea. He suggested that all the shops in town close for one day to honor the soldiers who were buried in the Waterloo cemetery. On the morning of May 5, the townspeople placed flowers, wreaths, and crosses on the graves of the northern soldiers in the cemetery.

In the South, women’s organizations were also honoring the war dead, decorating the graves of southern soldiers who had died in the war. In many towns and cities there was a growing movement to honor the war dead with a special day. So in 1868, General Jonathan Logan, commander of the Grand Army of the Republic, established May 30 as the official day of observance to honor all those who had given their lives in service of their country. The day was called Decoration Day.

In General Logan’s proclamation of Decoration Day, he declared:

The 30th of May, 1868, is designated for the purpose of strewing with flowers, or otherwise decorating the graves of comrades who died in defense of their country and during the late rebellion, and whose bodies now lie in almost every city, village and hamlet churchyard in the land. In this observance no form of ceremony is prescribed, but posts and comrades will in their own way arrange such fitting services and testimonials of respect as circumstances may permit.

The day was to be a memorial, and was intended also to be a day of reconciliation, as flowers were placed on the graves of both Union and Confederate soldiers in Arlington Cemetery.

In a typical Decoration Day ceremony in the North, veterans would march through the town to the cemetery to decorate their comrades’ graves with flags. They took photographs of soldiers next to American flags. Rifles were shot in the air as a salute to the northern soldiers who had given their lives to keep the United States together. Children read poems and sang civil war songs and hymns. Veterans came to the schools wearing their medals and uniforms to tell students about the Civil War.

In1882, the name was changed from Decoration Day to Memorial Day, to honor soldiers who had died in all previous wars—not only the Civil War. In the northern States, it was designated a legal holiday. The southern states honored their war dead on other days until the end of World War I.

After World War I, Memorial Day was also called Poppy Day because of Moina Michael’s idea to wear red poppies on the day, in honor of those who had died in the war. She was inspired by John McCrae’s poem, “In Flanders Fields,” which speaks of the bright red poppies that grow among the graves on former battle fields in Belgium. Her sale of poppies on Memorial Day bene ted military men in need. The tradition eventually spread to other countries, where real or artificial poppies were sold to bene t war orphans. Since 1922, the VFW (Veterans of Foreign Wars) organization in the United States has sold paper poppies, made by disabled veterans, on Memorial Day.

In 1966, President Lyndon Johnson proclaimed Waterloo, New York the birthplace of Memorial Day. In 1971, President Richard Nixon declared Memorial Day a national holiday, to be observed on the last Monday in May. Cities all around the United States hold their own ceremonies on this day to pay respect to the men and women who have died in wars or in the service of their country.

Today, Memorial Day is also a day for personal remembrance. Families and individuals honor the memory of their loved ones who have died. Church services, visits to the cemetery, owners on graves, or even silent tributes mark the day with dignity and solemnity. It is a day of reflection. Memorial Day often coincides with the end of the school year, so to many Americans the day also signals the beginning of summer—with a threeday weekend to spend at the beach, in the mountains, or at home relaxing.