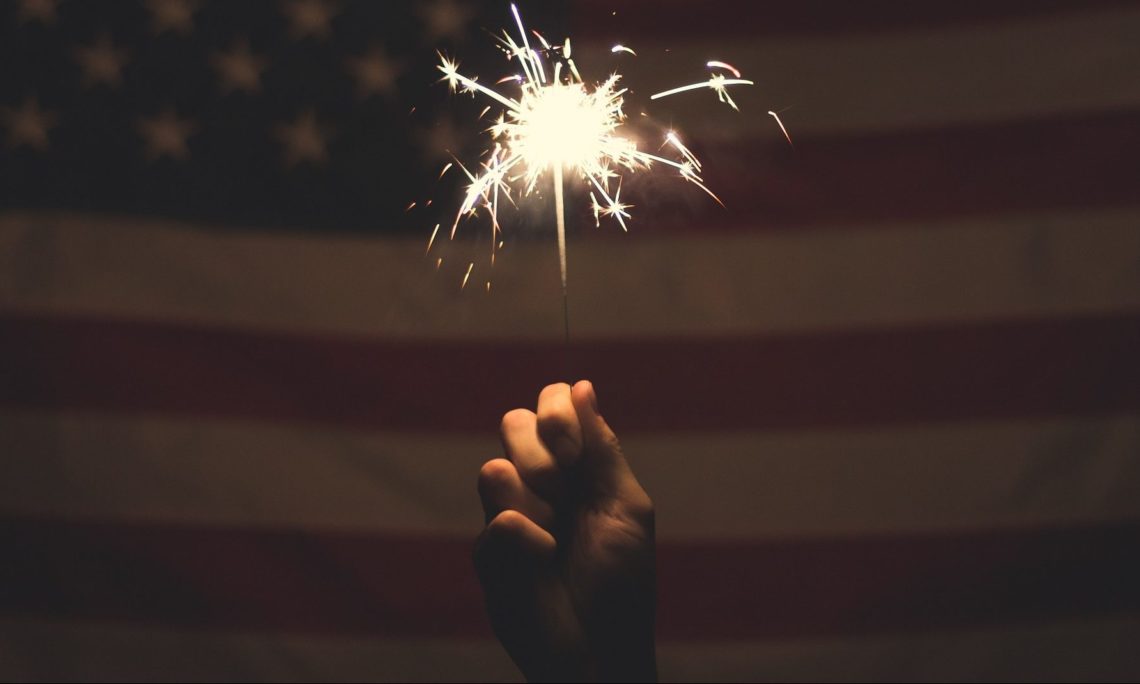 Americans celebrate Independence Day on July 4 because on July 4, 1776, the Continental Congress approved the Declaration of Independence, officially breaking bonds with England and forming a new independent nation, the United States of America.

The Revolutionary War began on April 19, 1775, when British troops tried to raid the Massachusetts militia. Colonists were quick to form fighting units and resist the British troops. In May of 1775 the Second Continental Congress met, and elected Virginia delegate George Washington to be Commander in Chief of the Continental Army. He led American troops against the British throughout the war. For the next eight years, colonists fought fervently for independence. They were not as well trained or well equipped as British troops, but they had other advantages: They had a fierce and united purpose; they fought on familiar terrain; and they used new tactics learned from the Native inhabitants. They often had no uniforms, but their clothing helped camouflage them in the forests, while the British soldiers, called “Red Coats,” were highly visible in their bright red uniforms.

John Adams, who became the Second President of the United States, was one of the signers of the Declaration of Independence. He wrote to his wife, “I…believe that it will be celebrated by succeeding generations as the great anniversary festival…. It ought to be [celebrated] with pomp and parades, with shows, games, sports, guns, bells, bon res and illuminations from one end of this continent to the other…” John Adams’ words may have predicted or inspired future Independence Day celebrations. Early Independence Day, or “Fourth of July,” celebrations did, indeed, include games and sports events, shows, military parades, reworks, and the liberal ring of guns and cannons. But the rearms and reworks caused many injuries, and even deaths. So in the early 1900s, citizens convinced officials to prohibit guns and to control the use of reworks on Independence Day. The phrase, “a safe and sane Fourth” became a popular slogan, and is still used today to encourage safety and common sense on the Fourth of July. Today, many cities prohibit reworks or allow only small items like cherry bombs and sparklers. Some cities organize a local reworks show, run by trained pyrotechnics specialists.

Every Fourth of July Americans have a holiday from work or school. Communities and families have all day picnics with favorite foods like hot dogs and hamburgers, potato salad, baked beans, pie, and watermelon. Afternoon activities would not be complete without lively music, a friendly baseball game, or Frisbee toss, and maybe, a three legged race, and a pie eating or watermelon eating contest. Some cities have parades with people dressed as the original “founding fathers” or early colonists, who march to the music of high school bands. At dusk, people gather to watch the city reworks display. In many areas of the country, special events take place. 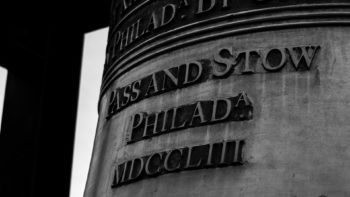 For example, a Freedom Festival is held in Philadelphia, Pennsylvania, at Independence Hall, where the Declaration of Independence was signed. Costumed Americans often reenact historical scenes, and read the Declaration of Independence for the crowd. In Massachusetts, the ship U.S.S. John F.Kennedy may come in to Boston Harbor in full sail on the Fourth of July, and the Boston Pops Orchestra will play a musical concert of patriotic songs as hundreds of people watch reworks burst over the water.

“Proclaim liberty throughout all the land unto all the inhabitants thereof.”

The sight and sound of a ringing bell on the Fourth of July symbolizes freedom to most Americans and brings to mind the Liberty Bell, which rang out in Philadelphia when the new country was born.

The Liberty Bell once hung in the Old State House, which later became Independence Hall, in Philadelphia. It was rung at every important national event, such as presidential elections, statesmen’s funerals, and of course, the Fourth of July. The bell came to Philadelphia from a foundry in England in 1752. But the very first time the bell was rung, it cracked! Repairs were made and for the next eighty-three years, the bell tolled on special occasions—the most significant on July 8, 1776 to announce the signing of the Declaration of Independence.

Sometime after 1846, the Liberty Bell cracked again and it was removed from the bell tower to protect it from further damage. It was placed on display in Independence Hall. Today, the bell is housed in the Liberty Bell Center, which is open to visitors year round, and is part of the Independence National Historic Park.

At one time, the foundry in England that had made the bell generously offered to take the cracked bell, melt it down and cast it anew, at no charge. But American officials decided to keep the old Liberty Bell as it was. They felt that the American people loved the old bell, and that the crack in the bell was a cherished part of its character and legacy.