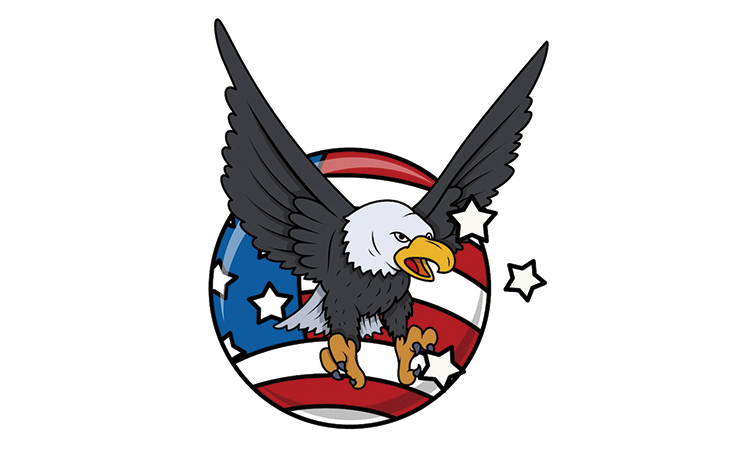 National Flags are not merely symbols of a country; their colors and designs convey past history and future goals. The flag is one of the nations’s most powerful and significant symbols, and as such, is celebrated every June 14th in the United States.

NATIONAL FLAGS are not merely have its own national flag instead of showing the British symbols of a country. Their colors and designs convey past history and future goals. Flags have powerful connotations. They speak to the people and politicians. Flags show identity and are flown by international carriers and transport vehicles for this purpose. Flags show national pride; many athletes, for example, after winning an international sports event drape themselves with their national flag.

It is interesting to point out that the United States did not even have a standardized flag until 1912. Called the “Stars and Stripes,” or “Old Glory,” the flag is one of the more complicated in the world, requiring 64 pieces of fabric to make. The current flag has thirteen red and white alternating stripes (representing the original 13 states) and fifty stars (each star representing one of the states of the Union) on a blue background.

The American flag has changed designs more than any other flag in the world. The first flag, called the “Grand Union,” designed by George Washington, was flown at the headquarters of the Continental Army on January 1, 1776. This flag contained the British flag, the “Union Jack,” in the upper left corner, and had thirteen stripes of red and white. On June 14, 1777, after the Declaration of Independence, Congress proposed that the United States have its own national flag instead of showing the British “Union Jack.” The new design replaced the “Union Jack” with thirteen white stars on a blue field. The thirteen stars of the flag represented the thirteen new states. The following remark about the design is attributed to Washington:

We take the stars from heaven, the red from our mother country, separate it by white stripes, thus showing that we have separated from her…

It is not known who actually designed this flag. Betsy Ross, a seamstress, is said to have contributed to its design. She had an upholstery business, which made flags for navy ships in Pennsylvania. A legend still persists that she showed George Washington how to make a five-pointed star, and suggested thirteen stars in a circle for the first flag. Her descendants claimed that she offered Washington the design. Actually, it is unknown whether she and George Washington ever met.

There were few public ceremonies honoring the “Stars and Stripes” until 1877. In that year, on June 14, the first official Flag Day was observed, and Congress requested that the flag be flown from every government building in honor of the centennial of the adoption of a national flag. Schools had unfurled American flags over their doors or outside the building long before this; but in 1890, North Dakota and New Jersey made a law that required their schools to fly the flag daily. New York was the first state to proclaim June 14 as Flag Day, to be celebrated as an annual event. Other states were slow to follow. Some people thought that the day was too close to Memorial Day and Independence Day. In 1916, President Woodrow Wilson proclaimed Flag Day a national celebration.

In August 1949, President Harry S. Truman signed the national Flag Day Bill, officially recognizing June 14 as Flag Day. Since then, the President proclaims the commemoration yearly, and encourages all Americans in the country to display the “Stars and Stripes” outside their homes and businesses. Individual states determine how they will observe the day. Usually the flag is own from all public buildings, speeches are made in public places, and ceremonies take place in some towns and cities.

Until 2002, elementary school children across the nation recited the Pledge of Allegiance in front of the flag every weekday morning. However, many people felt that this requirement violated individual rights outlined in the U.S. Constitution. Some people also felt that the words, “under God,” which had been added to the Pledge in 1954, had no place in a patriotic pledge, and should be removed. Much debate and controversy arose over these issues, and on June 25, 2002, the 9th Circuit Federal Court of Appeals ruled unconstitutional the requirement that public school children recite the Pledge of Allegiance. Private schools and institutions were free to make their own decisions about the pledge. The words, “under God,” remain in the pledge:

I pledge allegiance to the flag of the United States of America, and to the republic for which it stands, one nation under God, indivisible, with liberty and justice for all.

Americans take the treatment of their flag seriously, and in the 20th century this became an important and sometimes controversial issue. Included in the code of ethics governing the handling, use, and display of the ag are such rules as: The national flag should be own between sunrise and sunset, except on some special occasions. Though it is not illegal to fly the flag 24 hours a day, it should be spotlighted if own at night. It cannot cover a monument or any ceiling. It must not be folded while being displayed. No one should write on an American flag. Ships can lower their flags slightly in greeting each other, as can military color guard in ceremonies, but otherwise it should not be dipped for any other object or person. The flag should not be hung upside down, unless done so as a distress signal. The flag is own at half-mast in honor of a national hero or leader upon his or her death, or to honor a celebrity or group of people such as soldiers who gave so much, including their lives, for their country.

As in every country of the world, the treatment of the flag displays an opinion or statement. In the late 1960s, American students wore small flags sewn to their clothing and draped flags around their shoulders, symbolically challenging the American government and protesting its involvement in the Vietnam War. They burned the American flag in front of the Capitol Building in Washington, D.C., as a statement of protest. In the early 1990s, senators suggested an amendment to the Constitution that would make wearing and burning of the flag illegal. The proposition was opposed because many others felt that this change would be a violation of Americans’ constitutional rights to express their opinions freely.

The flag is one of the nation’s most powerful and significant symbols, and as such, is celebrated every June 14th in the United States. In fact, the symbolic nature of the flag is what inspired the U.S. national anthem. In September 1814, during the War of 1812 between the British and Americans, a lawyer named Francis Scott Key watched a fiery battle in the Baltimore Harbor. The morning after the battle he saw the flag waving, and was inspired to write a poem. This poem became the national anthem, “The Star Spangled Banner.” The actual flag from that battle is on exhibit at the Museum of American History in Washington, D.C.