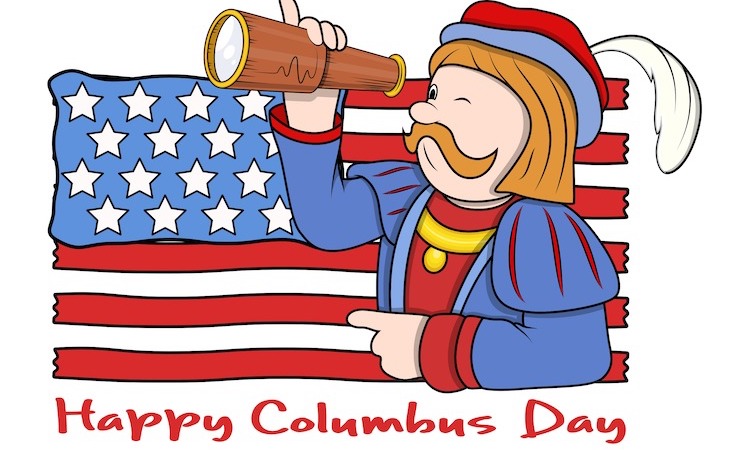 Columbus Day is a legal federal holiday that commemorates the first voyage of Christopher Columbus, who sailed west from Spain in 1492 and reached the islands of present day Bahamas. It is celebrated on the second Monday in October.

Few celebrations marked the voyage of Columbus until hundreds of years later. In 1792, a ceremony was held in New York honoring Columbus, and a monument was dedicated to him. Soon afterward, the city of Washington was officially named the District of Columbia, and made the capital of the United States. In the next century, statues, streets, rivers, and cities were named for Columbus. The Columbian Exposition in Chicago in 1892 displayed replicas of Columbus’s three ships.

Columbus Day became a holiday, due in part to the efforts of Italians in New York City and elsewhere. Out of pride for their “native son,” a group of New York Italians organized the first celebration of “The Discovery of America” on October 12, 1866. In following years, Italians in other cities held similar events with banquets, parades, and dances. In 1869, San Francisco Italians celebrated October 12, and called it “Columbus Day.” President Franklin Roosevelt officially proclaimed October 12 as Columbus Day in 1937. Now, it is celebrated on the second Monday in October, allowing for a long holiday weekend.