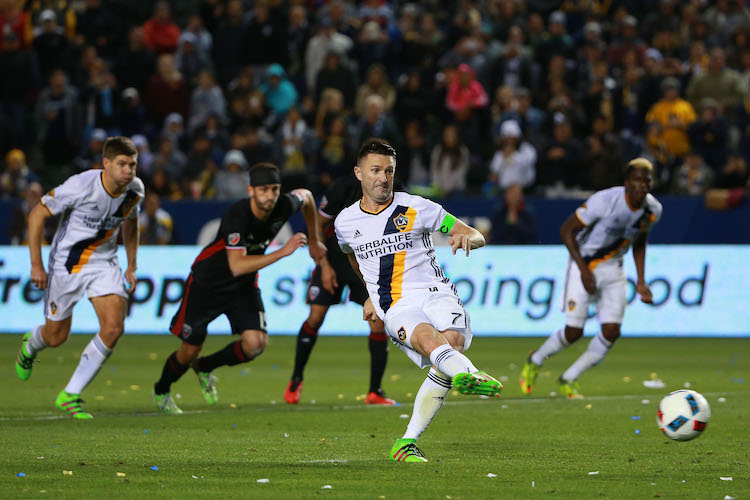 Robbie Keane #7 of Los Angeles Galaxy takes a penalty kick in the second half of their MLS match against D.C. United at StubHub Center on March 6, 2016 in Carson, California.

What the rest of the world calls football, is known as soccer in the United States. It was not widely played until the 1970s, when the North American Soccer League (NASL) brought international stars like Pele and Franz Beckenbauer to the United States. The NASL did not last; however, the league left a legacy of growing American involvement in the sport, especially at the youth level. By the 1990s, soccer was recognized as the fastest-growing college and high school sport in the United States. The increased American interest in soccer, sparked by the 1994 World Cup, which took place in the United States, led to the formation of a new professional soccer league, called Major League Soccer (MLS). The league, consisting of ten teams divided into an Eastern and a Western conference, began play in 1996.