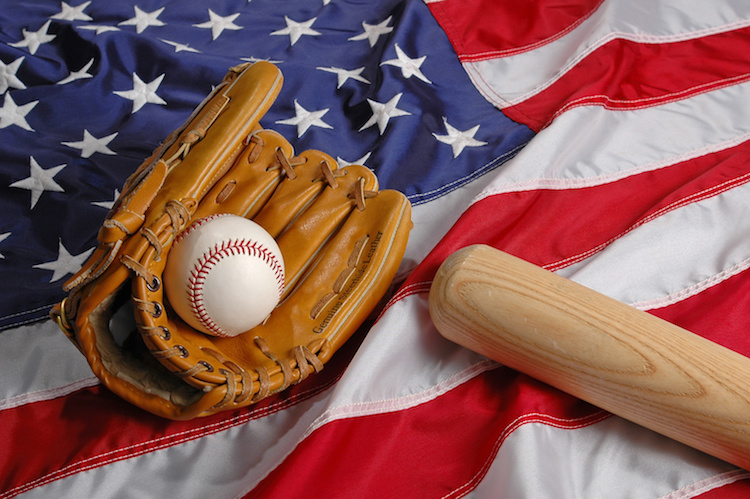 Major league baseball, including teams from the United States and Canada, is divided into the National League and the American League. The major league baseball season lasts from April to October and includes the regular season, the playoffs, and the World Series. The final series in the league playoffs determines which team wins the pennant, or championship, of their league. The two pennant winners meet in the World Series, and the winner of this series becomes the major league world champion.

The sport that evokes more nostalgia among Americans than any other is baseball. So many people play the game as children that it has become known as “the national pastime.” The game, as it is known today, evolved from a variety of similar games that have been played for centuries; although it is clear that modern baseball developed in North America, the exact origin of the game is difficult to determine. Today, professional baseball attracts millions of spectators to ballparks each year and entertains millions more through radio and television broadcasts. Professional baseball includes the major leagues and the minor leagues. Amateur baseball includes Little League, high school and university competition, and various community leagues.

American soldiers brought baseball to Japan, where it is widely played. Baseball is also popular in Cuba and other Caribbean nations. In the 1996 Olympics, it was a measure of baseball’s appeal outside the United States that the contest for the gold medal came down to Japan and Cuba (Cuba won).