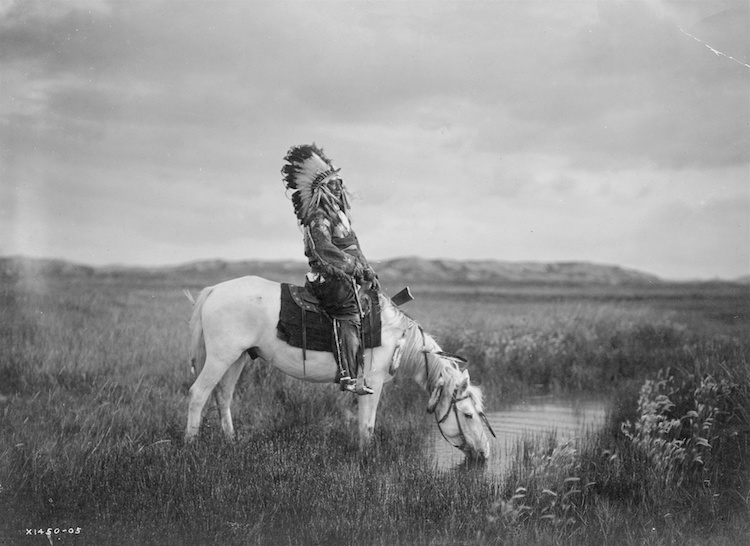 The first American immigrants, beginning more than 20,000 years ago, were intercontinental wanderers: hunters and their families following animal herds from Asia to America, across a land bridge where the Bering Strait is today. When Spain’s Christopher Columbus “discovered” the New World in 1492, about 1.5 million Native Americans lived in what is now the continental United States, although estimates of the number vary greatly. Mistaking the place where he landed — San Salvador in the Bahamas — for the Indies, Columbus called the Native Americans “Indians.”

During the next 200 years, people from several European countries followed Columbus across the Atlantic Ocean to explore America and set up trading posts and colonies. Native Americans suffered greatly from the influx of Europeans. The transfer of land from Indian to European — and later American — hands was accomplished through treaties, wars, and coercion, with Indians constantly giving way as the newcomers moved west. In the 19th century, the government’s preferred solution to the Indian “problem” was to force tribes to inhabit specific plots of land called reservations. Some tribes fought to keep from giving up land they had traditionally used. In many cases the reservation land was of poor quality, and Indians came to depend on government assistance. Poverty and joblessness among Native Americans still exist today.

The territorial wars, along with Old World diseases to which Indians had no built-up immunity, sent their population plummeting, to a low of 350,000 in 1920. Some tribes disappeared altogether; among them were the Mandans of North Dakota, who had helped Meriwether Lewis and William Clark in exploring America’s unsettled northwestern wilderness in 1804-06. Other tribes lost their languages and most of their culture. Nonetheless, Native Americans have proved to be resilient. Today they number about two million (0.8 percent of the total U.S. population), and only about one-third of Native Americans still live on reservations.

Countless American place-names derive from Indian words, including the states of Massachusetts, Ohio, Michigan, Mississippi, Missouri, and Idaho. Indians taught Europeans how to cultivate crops that are now staples throughout the world: corn, tomatoes, potatoes, tobacco. Canoes, snowshoes, and moccasins are among the Indians’ many inventions.