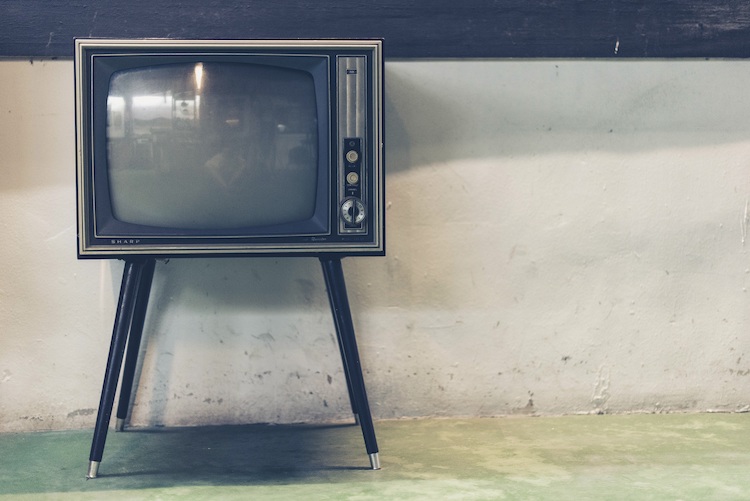 After World War II, American homes were invaded by a powerful new force — television. The idea of seeing “live” shows in the living room was immediately attractive. The effects of this powerful medium are still being measured. Television has developed since World War II into the most popular medium in the United States, one that has had great influence on American way of life. Virtually every American household — 98% in 1999 — has at least one TV set. Seven in ten Americans in 1991 reported getting most of their news from TV. Three large privately-owned networks — NBC, CBS and ABC — claimed 90 percent of the TV market from the 1950s through the 1970s with free broadcasts.

However, the rapid spread of pay cable TV in the 1980s broke the hegemony of the big three. By 1999, close to 70% of American households had subscribed to cable TV. Cable TV, carried by coaxial and fiber-optic cables, originated in 1948 to better serve individuals in mountainous or geographically remote areas who could not receive over-the-air TV stations. The genesis of cable as it is known today stems from development of the domestic communications satellite, approved by the Federal Communications Commission in January 1973.

The new technology offered cable programmers a cost-effective method of national and international distribution. In December 1975, Home Box Office, an all-movie channel owned by Time, Inc., became the first programmer to distribute its signal via satellite. The next service to use the satellite was a local television station in Atlanta owned by Ted Turner. It became known as the first “superstation,” bouncing its signal off a satellite to reach a nationwide audience. The same technology allowed Turner in 1980 to found the Cable News Network, CNN, the world’s first 24-hour all-news channel. By early 1993, MTV, the leading American rock music TV network, had an audience of 46 million in the United States and 32 other countries. Cable television has also been successfully used to reach very defined audiences. Beginning in the late 1970s, a growing number of U.S. cable systems began “narrowcasting” or offering television programming with an entire channel tailored to a narrow section of the audience.

Advancing digital technology and increasing wiring of U.S. cities with fiber-optic cable that permits massive transmission of digital signals are giving cable TV subscribers a host of new interactive services. The convergence of the computer with TV is permitting a host of new “interactive” services in which the viewer no longer watches passively, for example “Movies on demand” which allows a viewer to choose between several thousand videos is one interactive service. Another example is “shop-at-home” channels.
‣ Public Television

U.S. public television stations are independent and serve community needs. All public television organizations are linked nationally, however, through three national organizations: the Corporation for Public Broadcasting (CPB), created by Congress in 1967 to channel federal government funding to stations and independent producers; the Public Broadcasting Service (PBS), formed in 1969 and which today distributes programming and operates the satellite system linking all public TV stations; and the Association of Public Television Stations (APTS), which helps member public TV stations with research and planning. In addition to these public TV stations, there are a growing number of noncommercial stations run by Christian evangelistic ministries, which are, for the most part, supported by donations from viewers and member churches.
‣ Self-Regulation and Regulation

Responding to public complaints and pressure by the U.S. Congress regarding levels of violence on network TV programs, the four major national TV networks — ABC, CBS, NBC, and Fox — agreed in mid-1993 on transmitting “voluntary” parental advisories before designated programs, warning of violence levels that might be inappropriate for children. Similarly, the National Cable Television Association (NCTA) announced on February 1, 1994, an initiative to reduce the level of violence on TV, including parental advisories, a violence rating system, and an industry group to monitor programs