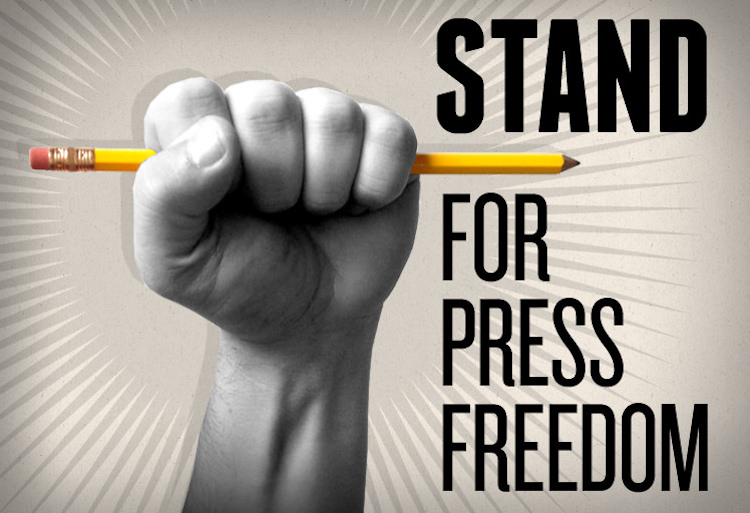 Freedom of the Press

The public’s right to know is one of the central principles of American society. The framers of the Constitution of the United States resented the strict control that the American colonies’ British rulers had imposed over ideas and information they did not like. They determined that the power of knowledge should be placed in the hands of the people. To insure a healthy and uninhibited flow of information, they included freedom of the press among the basic human rights protected in the new nation’s Bill of Rights. These first 10 Amendments to the Constitution of the United States became law in 1791. The First Amendment says, in part, that “Congress shall make no law¡¦ abridging the freedom of speech, or of the press¡¦” That protection from control by the federal government meant that anyone — rich or poor, and regardless of political or religious beliefs — could generally publish whatever he or she wished.

Ever since, the First Amendment has served as the conscience and shield of all Americans. In those early days, the media, created by printing presses, were few and simple — newspapers, pamphlets and books. Today the media also include television, radio, films and the Internet; and the term “the press” refers to any news operation in any media, not just print.

Few press laws are in force in the U.S. because of this broad constitutional protection of press freedom and analogous provisions in the constitutions of the 50 states. Existing laws tend to provide additional protections in categories not covered by the Constitution. The Privacy Act of 1974, for example, regulates the collection and dissemination of personal information contained in the files of federal agencies; the Privacy Protection Act of 1980 establishes protection from police searches of newsrooms. Additional examples include federal and state Freedom of Information and “sunshine” laws (such as the 1966 federal Freedom of Information Act) which opens up executive-branch records to public and press scrutiny.

The scope of U.S. press freedom has been determined principally by court decisions interpreting the nuances of the First Amendment. In general, the U.S. courts have held that the press has a “watchdog” role over government and is not subject to prior restraint or registration. On the other hand, defamation, obscenity and publication of national-security secrets have been generally determined not eligible for protection under the First Amendment.

In 1934, Congress set up the current oversight agency of the broadcasting industry, the Federal Communications Commission (FCC). The law vested in the FCC not only “watchdog” functions, but licensing and rulemaking powers, subject to “public interest, convenience, and necessity.” Acting on this mandate, the FCC has sought to promote diversity in content and ownership in the broadcasting industry.