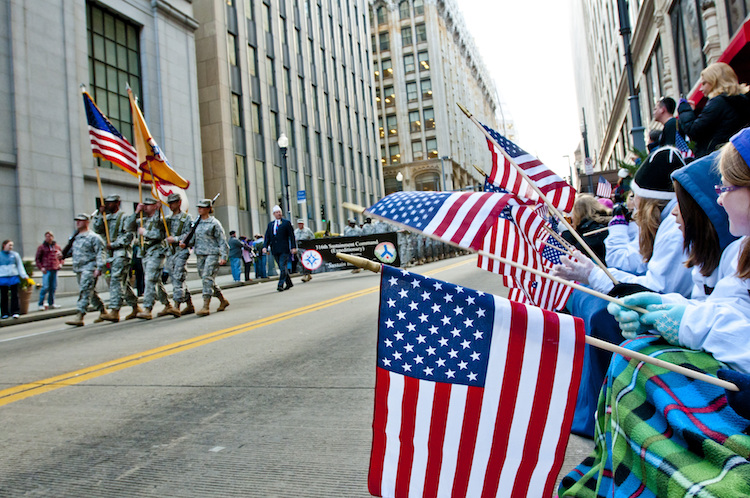 Veterans’ organizations hold parades or other special ceremonies, and the president customarily places a wreath on the Tomb of the Unknowns at Arlington National Cemetery, across the Potomac River from Washington, D.C.