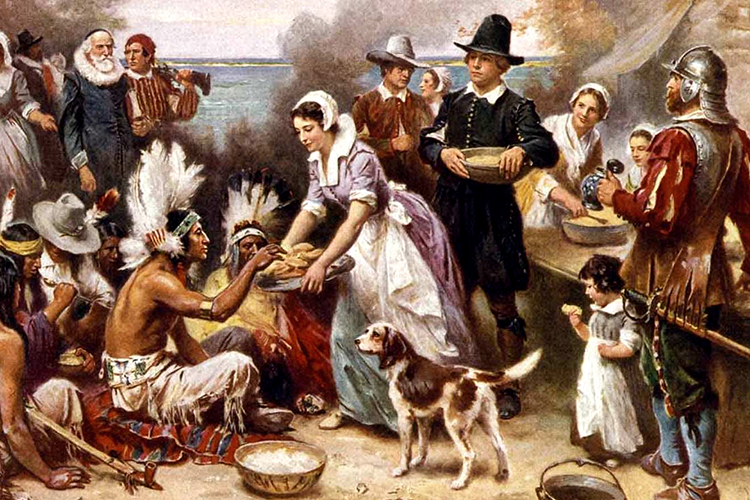 Thanksgiving Day is the fourth Thursday in November, but many Americans take a day of vacation on the following Friday to make a four-day weekend, during which they may travel long distances to visit family and friends.

The holiday dates back to 1621, the year after the Puritans arrived in Massachusetts, determined to practice their dissenting religion without interference. After a rough winter, in which about half of them died, they turned for help to neighboring Indians, who taught them how to plant corn and other crops. The next fall’s bountiful harvest inspired the Pilgrims to give thanks by holding a feast.

The Thanksgiving feast became a national tradition — not only because so many other Americans have found prosperity but also because the Pilgrims’ sacrifices for their freedom still captivate the imagination.

To this day, Thanksgiving dinner almost always includes some of the foods served at the first feast: roast turkey, cranberry sauce, potatoes, pumpkin pie. Before the meal begins, families or friends usually pause to give thanks for their blessings, including the joy of being united for the occasion.