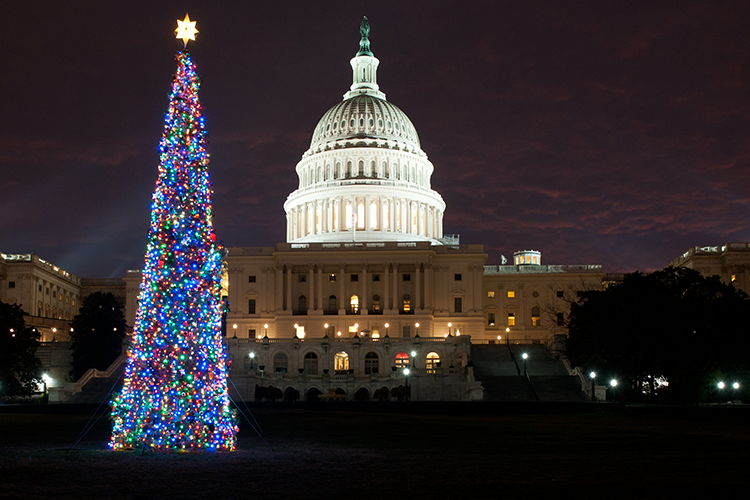 Christmas is a most important religious holy day for Christians, who attend special church services to celebrate the birth of Jesus of Nazareth.

Christmas is not only a religious holy day, but became one of the first federal holidays in 1870. On this day most businesses and offices remain closed and the greatest possible number of workers, including government employees, have the day off. Many places even close early on the day before.

Gift-giving is so common at Christmas time that for most stores it means a sharp increase in sales. Stores, in fact, are full of shoppers from Thanksgiving time in late November until the day before Christmas. This situation has caused many religious people to complain that the religious meaning of Christmas is being subverted, that Christmas has become “commercial.” Despite the criticism, Christmas shopping is a major activity of many Americans in the month of December. Gifts are given to children, members of the family and close friends. They are given to people who have done favors to others or who work for them. Some people bake cookies or make candies or other special food treats for friends and neighbors. Many businesses give their workers a Christmas “bonus” – gifts of extra money – to show appreciation for their work. Christmas is also a time when most Americans show great generosity to other less fortunate than they. They send money to hospitals or orphanages or contribute to funds that help the poor.

Most Americans send greeting cards to their friends and family at Christmas time. Some people who are friends or relatives and live great distances from each other may not be much in contact with each other during year – but will usually exchange greeting cards and often a Christmas letter telling their family news.

The decorating of homes for Christmas is very common. Most American who observe Christmas have a Christmas tree in their homes. This may be a real evergreen tree or an artificial one. In either case, the tree is decorated and trimmed with small lights and ornaments. Other decorations such as lights and wreaths of evergreen and signs wishing a “Merry Christmas” can be found inside and outside of many homes.