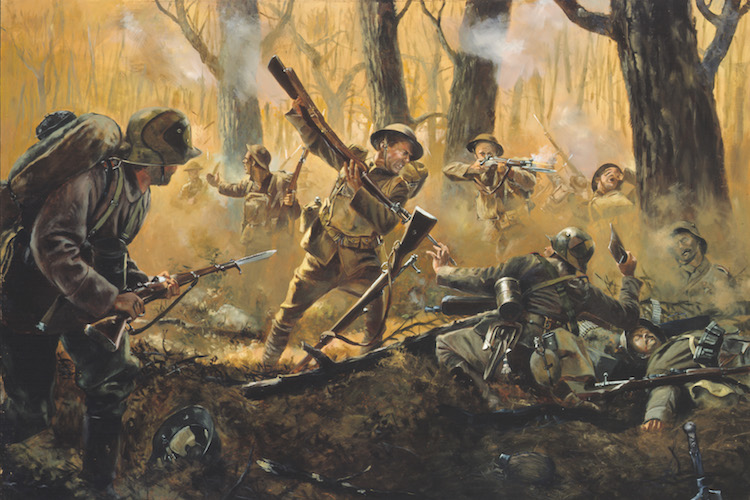 Americans in the Champagne-Marne offensive, 1918.

The Progressive Era lasted from about 1890 to the outbreak of World War I. In response to the excesses of 19th-century capitalism and political corruption, a reform movement arose called “progressivism.” Almost all the notable figures of the period were connected, at least in part, with the reform movement. The goals of the Progressives were greater democracy and social justice, honest government, more effective regulation of business and a revived commitment to public service. In general, they believed that expanding the scope of government would ensure the progress of U.S. society and the welfare of its citizens. The years 1902 to 1908 marked the era of greatest reform activity. Many states enacted laws to improve the conditions under which people lived and worked. Child labor laws were strengthened and new ones adopted, raising age limits, shortening work hours, restricting night work and requiring school attendance.

When World War I erupted in Europe in 1914, President Woodrow Wilson urged a policy of strict American neutrality. In January 1917, Germany declared unrestricted submarine warfare against all ships bound for Allied ports. After five American vessels had been sunk, Congress declared war on Germany in April 1917. An armistice ending World War I was declared on November 11, 1918. Wilson’s idea of a League of Nations was included in the Treaty of Versailles, but the U.S. Senate did not ratify the treaty, and the United States did not participate in the league. The majority of Americans did not mourn the defeated treaty. They turned inward, and the United States withdrew from European affairs.

The changes wrought in the 1920s were far-reaching. The work week dropped from 60 to 48 hours. For the first time, play was considered to be as important as work. It was a wonderful decade for the arts and literature in America. Technology grew and automobiles, radios and movies became hugely popular. With profits soaring and interest rates low, plenty of money was available for investment. Much of it, however, went into reckless speculation in the stock market. In the fall of 1929, the New York Stock Exchange was more active than ever before. On October 24, 1929, Black Thursday, the stock market crashed. Banks closed. The nation stayed in this depression through most of the thirties.

For big business, the 1920s were golden years; but the superficial prosperity masked deep problems. The1920s were also a period of prohibition and intolerance, gangsters and crime. Almost 19 million people arrived in the United States between 1890 and 1921, the year Congress first passed severe restrictions. Most of these immigrants were from Italy, Russia, Poland, Greece and the Balkans. Non-Europeans came, too: east from Japan, south from Canada and north from Mexico.