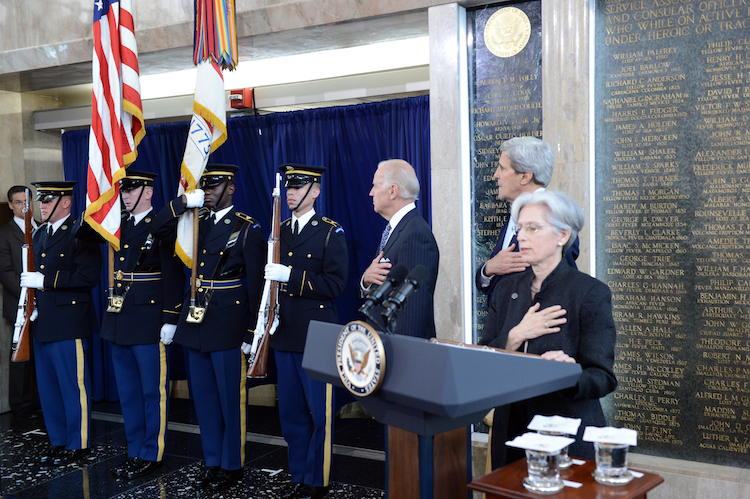 The Pledge of Allegiance received official recognition by Congress in an Act approved on June 22, 1942. However, the pledge was first published in 1892 in the Youth’s Companion Magazine in Boston, Massachusetts to celebrate the 400th anniversary of the discovery of America.

In its original version, the pledge read “my flag” instead of “the flag of the United States.” The change in the wording was adopted in 1923. The phrase “under God” was added to the pledge by a Congressional act approved on June 14, 1954.

I Pledge Allegiance to the flag of the United States of America
and to the Republic for which it stands, one Nation under God,
indivisible, with liberty and justice for all.