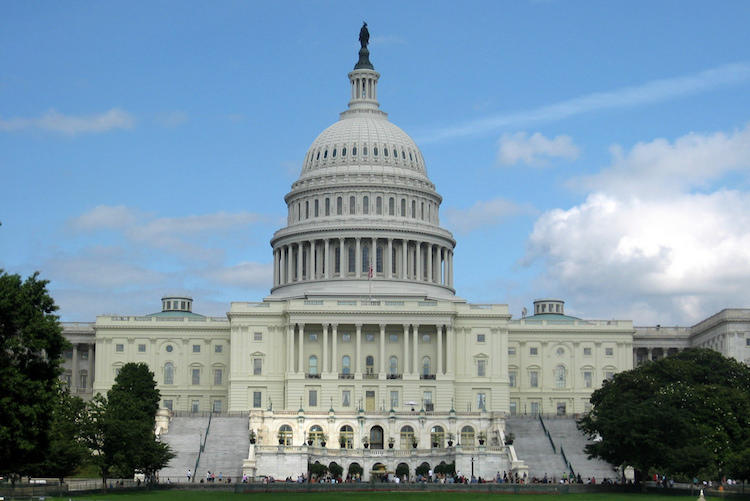 The legislative branch (the Congress) is made up of elected representatives from each of the 50 states. The Constitution sets up a bi-cameral body known as the U.S. Congress to raise and to spend national revenue and to draft laws. It is commonly said that Congress influences American policy by exercising the “power of the purse strings.” It is the only branch of U.S. government that can make federal laws, declare war and put foreign treaties into effect.

Members of the House of Representatives are elected to two year terms. Each member represents a district in his or her home state. The number of districts is determined by the census, which is conducted every 10 years. Senators are elected to six year terms, staggered so that one third of the Senate stands for election every two years. The Constitution provides that the vice-president shall be president of the Senate. He or she has no vote, except in the case of a tie.

To become a law, a bill must pass both the House and the Senate. After the bill is introduced in either body, it is studied by one or more committees, amended, voted out of committee, and discussed in the chamber of the House or Senate. If passed by one body, it goes to the other for consideration. Once both bodies have passed the the same version of a bill, it goes to the president for approval.