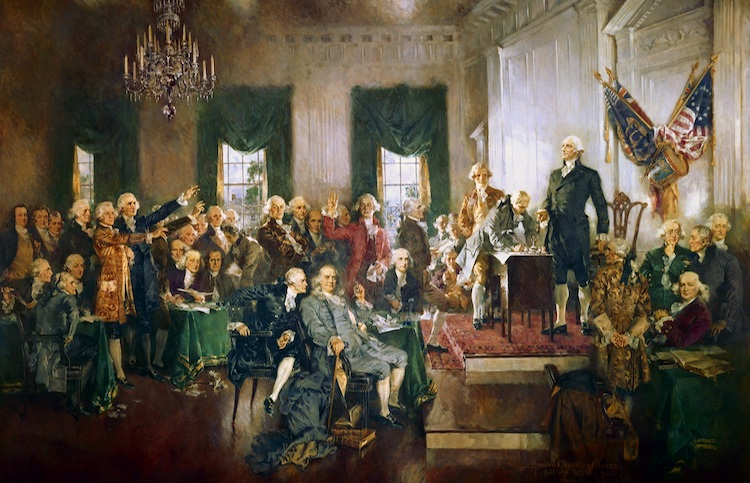 Constitution of the United States

The American Constitution is the oldest written constitution in force in the world. The authors of the Constitution built in a provision for amending the document when political, social or economic conditions demanded it. Twenty-seven amendments have been passed since ratification. The first 10 amendments to the Constitution, called the Bill of Rights, assure individual rights and freedoms.

The Constitution divides the powers of the government into three branches: the Executive, headed by the President; the Legislative, which includes both houses of Congress (the Senate and the House of Representatives); and the Judicial, which is headed by the Supreme Court. The Constitution limits the role of each branch, through a system of checks and balances, to prevent any one branch from gaining undue power.