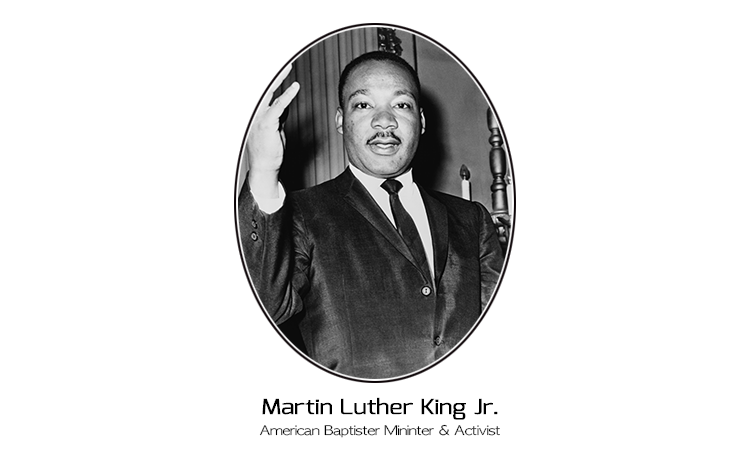 As far as black Americans were concerned, the nation’s response to Brown was agonizingly slow, and neither state legislatures nor the Congress seemed willing to help their cause along. Finally, President John F. Kennedy recognized that only a strong civil rights bill would put teeth into the drive to secure equal protection of the laws for African Americans. On June 11, 1963, he proposed such a bill to Congress, asking for legislation that would provide “the kind of equality of treatment which we would want for ourselves.” Southern representatives in Congress managed to block the bill in committee, and civil rights leaders sought some way to build political momentum behind the measure.

A. Philip Randolph, a labor leader and longtime civil rights activist, called for a massive march on Washington to dramatize the issue. He welcomed the participation of white groups as well as black in order to demonstrate the multiracial backing for civil rights. The various elements of the civil rights movement, many of which had been wary of one another, agreed to participate. The National Association for the Advancement of Colored People, the Congress of Racial Equality, the Southern Christian Leadership Conference, the Student Non-violent Coordinating Committee and the Urban League all managed to bury their differences and work together. The leaders even agreed to tone down the rhetoric of some of the more militant activists for the sake of unity, and they worked closely with the Kennedy administration, which hoped the march would, in fact, lead to passage of the civil rights bill.

On August 28, 1963, under a nearly cloudless sky, more than 250,000 people, a fifth of them white, gathered near the Lincoln Memorial in Washington to rally for “jobs and freedom.” The roster of speakers included speakers from nearly every segment of society — labor leaders like Walter Reuther, clergy, film stars such as Sidney Poitier and Marlon Brando and folksingers such as Joan Baez. Each of the speakers was allotted fifteen minutes, but the day belonged to the young and charismatic leader of the Southern Christian Leadership Conference.

Dr. Martin Luther King Jr. had originally prepared a short and somewhat formal recitation of the sufferings of African Americans attempting to realize their freedom in a society chained by discrimination. He was about to sit down when gospel singer Mahalia Jackson called out, “Tell them about your dream, Martin! Tell them about the dream!” Encouraged by shouts from the audience, King drew upon some of his past talks, and the result became the landmark statement of civil rights in America — a dream of all people, of all races and colors and backgrounds, sharing in an America marked by freedom and democracy.

I am happy to join with you today in what will go down in history as the greatest demonstration for freedom in the history of our nation.

Five score years ago, a great American, in whose symbolic shadow we stand today, signed the Emancipation Proclamation. This momentous decree came as a great beacon light of hope to millions of Negro slaves who had been seared in the flames of withering injustice. It came as a joyous daybreak to end the long night of their captivity.

In a sense we’ve come to our nation’s capital to cash a check. When the architects of our republic wrote the magnificent words of the Constitution and the Declaration of Independence, they were signing a promissory note to which every American was to fall heir. This note was a promise that all men – yes, black men as well as white men – would be guaranteed the unalienable rights of life, liberty, and the pursuit of happiness.

It is obvious today that America has defaulted on this promissory note insofar as her citizens of color are concerned. Instead of honoring this sacred obligation, America has given the Negro people a bad check, a check that has come back marked “insufficient funds.”

But we refuse to believe that the bank of justice is bankrupt. We refuse to believe that there are insufficient funds in the great vaults of opportunity of this nation. And so we’ve come to cash this check, a check that will give us upon demand the riches of freedom and security of justice. We have also come to his hallowed spot to remind America of the fierce urgency of now. This is no time to engage in the luxury of cooling off or to take the tranquilizing drug of gradualism. Now is the time to make real the promises of democracy. Now is the time to rise from the dark and desolate valley of segregation to the sunlit path of racial justice. Now is the time to lift our nation from the quicksands of racial injustice to the solid rock of brotherhood. Now is the time to make justice a reality for all of God’s children.

It would be fatal for the nation to overlook the urgency of the moment. This sweltering summer of the Negro’s legitimate discontent will not pass until there is an invigorating autumn of freedom and equality. Nineteen sixty-three is not an end but a beginning. Those who hoped that the Negro needed to blow off steam and will now be content will have a rude awakening if the nation returns to business as usual. There will be neither rest nor tranquility in America until the Negro is granted his citizenship rights. The whirlwinds of revolt will continue to shake the foundations of our nation until the bright day of justice emerges.

But there is something that I must say to my people who stand on the warm threshold which leads into the palace of justice. In the process of gaining our rightful place we must not be guilty of wrongful deeds. Let us not seek to satisfy our thirst for freedom by drinking from the cup of bitterness and hatred. We must forever conduct our struggle on the high plane of dignity and discipline. We must not allow our creative protest to degenerate into physical violence. Again and again we must rise to the majestic heights of meeting physical force with soul force. The marvelous new militancy which has engulfed the Negro community must not lead us to a distrust of all white people, for many of our white brothers, as evidenced by their presence here today, have come to realize that their destiny is tied up with our destiny. And they have come to realize that their freedom is inextricably bound to our freedom. We cannot walk alone.

Let us not wallow in the valley of despair. I say to you today my friends – so even though we face the difficulties of today and tomorrow, I still have a dream. It is a dream deeply rooted in the American dream.

I have a dream that one day this nation will rise up and live out the true meaning of its creed: “We hold these truths to be self-evident, that all men are created equal.”

I have a dream that my four little children will one day live in a nation where they will not be judged by the color of their skin but by the content of their character.

I have a dream that one day down in Alabama, with its vicious racists, with its governor having his lips dripping with the words of interposition and nullification – one day right there in Alabama little black boys and black girls will be able to join hands with little white boys and white girls as sisters and brothers.

This will be the day, this will be the day when all of God’s children will be able to sing with new meaning “My country ’tis of thee, sweet land of liberty, of thee I sing. Land where my father’s died, land of the Pilgrim’s pride, from every mountainside, let freedom ring!”

But not only that; let freedom ring from Stone Mountain of Georgia.

Let freedom ring from every hill and molehill of Mississippi – from every mountainside.

Let freedom ring. And when this happens, and when we allow freedom ring – when we let it ring from every village and every hamlet, from every state and every city, we will be able to speed up that day when all of God’s children – black men and white men, Jews and Gentiles, Protestants and Catholics – will be able to join hands and sing in the words of the old Negro spiritual: “Free at last! Free at last! Thank God Almighty, we are free at last!”