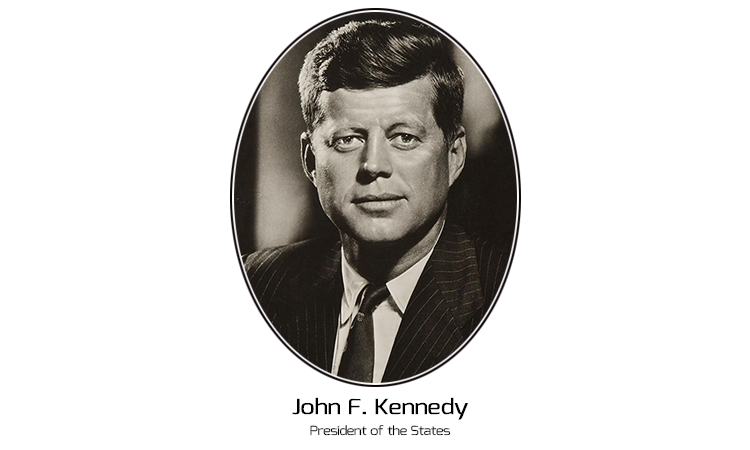 The Protestant immigrants to the New World brought many things in their baggage, including a deep-seated distrust of Roman Catholicism. Although Catholics had been among the early settlers of the New World, they had been a minority in the thirteen colonies that eventually became the United States. Not until significant numbers of Catholics began migrating to the United States in the mid-nineteenth century did anti-Catholicism emerge as a potent, and ugly, political and social phenomenon.

Although Irish Catholics began to play a major role in local and state politics in the latter nineteenth century, the first Catholic to seek a national office was the popular governor of New York, Alfred Emanuel Smith, who was the Democratic nominee for president in 1928. Anti-Catholic prejudice, the fear that a Catholic president would “take orders” from the Pope, insured Smith’s defeat. Methodist Bishop Adna Leonard declared: “No Governor can kiss the papal ring and get within gunshot of the White House.” Even liberal Protestants were concerned. The Christian Century declared it could not “look with unconcern upon the seating of a representative of an alien culture, of a medieval, Latin mentality, of an undemocratic hierarchy and of a foreign potentate in the great office of the President of the United States.”

Smith’s defeat at the polls seemed to foreclose a Catholic from seeking the White House, until John F. Kennedy captured the Democratic nomination in 1960. Much to his dismay, he discovered that many southern Protestant groups still believed in old canards about every Catholic having to obey the Pope’s commands unquestioningly. He finally decided to try to defeat the issue by meeting it head-on, and on September 12, 1960, he delivered the following statement before the Greater Houston Ministerial Association.

There, according to one of his biographers, “he knocked religion out of the campaign as an intellectually respectable issue.” Anti-Catholicism, of course, could not be eradicated that easily, but Kennedy’s meeting the issue forthrightly limited the damage to those whose prejudices would never respond to reason. And with his election that November, barriers to Catholics in American politics melted away.

I am grateful for your generous invitation to state my views.

While the so-called religious issue is necessarily and properly the chief topic here tonight, I want to emphasize from the outset that I believe that we have far more critical issues in the 1960 election: the spread of Communist influence, until it now festers only ninety miles off the coast of Florida — the humiliating treatment of our President and Vice President by those who no longer respect our power — the hungry children I saw in West Virginia, the old people who cannot pay their doctor’s bills, the families forced to give up their farms — an America with too many slums, with too few schools, and too late to the moon and outer space.

These are the real issues which should decide this campaign. And they are not religious issues — for war and hunger and ignorance and despair know no religious barrier.

But because I am a Catholic and no Catholic has ever been elected President, the real issues in this campaign have been obscured — perhaps deliberately, in some quarters less responsible than this. So it is apparently necessary for me to state once again — not what kind of church I believe in for that should be important only to me, but what kind of America I believe in.

I believe in an America where the separation of church and state is absolute — where no Catholic prelate would tell the President (should he be a Catholic) how to act and no Protestant minister would tell his parishioners for whom to vote — where no church or church school is granted any public funds or political preference — and where no man is denied public office merely because his religion differs from the President who might appoint him or the people who might elect him.

I believe in an America that is officially neither Catholic, Protestant nor Jewish — where no public official either requests or accepts instructions on public policy from the Pope, the National Council of Churches or any other ecclesiastical source — where no religious body seeks to impose its will directly or indirectly upon the general populace or the public acts of its officials — and where religious liberty is so indivisible that an act against one church is treated as an act against all.

For, while this year it may be a Catholic against whom the finger of suspicion is pointed, in other years it has been, and may someday be again, a Jew — or a Quaker — or a Unitarian — or a Baptist. It was Virginia’s harassment of Baptist preachers, for example, that led to Jefferson’s statute of religious freedom. Today, I may be the victim — but tomorrow it may be you — until the whole fabric of our harmonious society is ripped apart at a time of great national peril.

Finally, I believe in an America where religious intolerance will someday end — where all men and all churches are treated as equal — where every man has the same right to attend or not to attend the church of his choice — where there is no Catholic vote, no anti-Catholic vote, no bloc voting of any kind — and where Catholics, Protestants and Jews, both the lay and the pastoral level, will refrain from those attitudes of disdain and division which have so often marred their works in the past, and promote instead the American ideal of brotherhood.

That is the kind of America in which I believe. And it represents the kind of Presidency in which I believe — a great office that must be neither humbled by making it the instrument of any religious group, nor tarnished by arbitrarily withholding it, its occupancy from the members of any religious group. I believe in a President whose views on religion are his own private affair, neither imposed upon him by the nation or imposed by the nation upon him as a condition to holding that office.

I would not look with favor upon a President working to subvert the First Amendment’s guarantees of religious liberty (nor would our system of checks and balances permit him to do so). And neither do I look with favor upon those who would work to subvert Article VI of the Constitution by requiring a religious test — even by indirection — for if they disagree with that safeguard, they should be openly working to repeal it.

I want a chief executive whose public acts are responsible to all and obligated to none — who can attend any ceremony, service or dinner his office may appropriately require him to fulfill — and whose fulfillment of his Presidential office is not limited or conditioned by any religious oath, ritual or obligation.

And in fact this is the kind of America for which our forefathers did die when they fled here to escape religious test oaths, that denied office to members of less favored churches, when they fought for the Constitution, the Bill of Rights, the Virginia Statute of Religious Freedom — and when they fought at the shrine I visited today — the Alamo. For side by side with Bowie and Crockett died Fuentes and McCafferty and Bailey and Bedillio and Carey — but no one knows whether they were Catholics or not. For there was no religious test there.

I ask you tonight to follow in that tradition, to judge me on the basis of fourteen years in the Congress — on my declared stands against an ambassador to the Vatican, against unconstitutional aid to parochial schools, and against any boycott of the public schools (which I attended myself) — and instead of doing this do not judge me on the basis of these pamphlets and publications we have all seen that carefully select quotations out of context from the statements of Catholic Church leaders, usually in other countries, frequently in other centuries, and rarely relevant to any situation here — and always omitting of course, that statement of the American bishops in 1948 which strongly endorsed church-state separation.

I do not consider these other quotations binding upon my public acts — why should you? But let me say, with respect to other countries, that I am wholly opposed to the state being used by any religious group, Catholic or Protestant, to compel, prohibit or prosecute the free exercise of any other religion. And that goes for any persecution at any time, by anyone, in any country.

And I hope that you and I condemn with equal fervor those nations which deny it to Catholics. And rather than cite the misdeeds of those who differ, I would also cite the record of the Catholic Church in such nations as France and Ireland — and the independence of such statesmen as de Gaulle and Adenauer.

But let me stress again that these are my views — for, contrary to common newspaper usage, I am not the Catholic candidate for President [but the candidate] who happens also to be a Catholic.
I do not speak for my church on public matters — and the church does not speak for me.

Whatever issue may come before me as President, if I should be elected — on birth control, divorce, censorship, gambling, or any other subject — I will make my decision in accordance with these views, in accordance with what my conscience tells me to be in the national interest, and without regard to outside religious pressure or dictate. And no power or threat of punishment could cause me to decide otherwise.

But if the time should ever come — and I do not concede any conflict to be remotely possible — when my office would require me to either violate my conscience, or violate the national interest, then I would resign the office, and I hope any other conscientious public servant would do likewise.

But I do not intend to apologize for these views to my critics of either Catholic or Protestant faith, nor do I intend to disavow either my views or my church in order to win this election. If I should lose on the real issues, I shall return to my seat in the Senate satisfied that I tried my best and was fairly judged.

But if this election is decided on the basis that 40,000,000 Americans lost their chance of being President on the day they were baptized, then it is the whole nation that will be the loser in the eyes of Catholics and non-Catholics around the world, in the eyes of history, and in the eyes of our own people.

But if, on the other hand, I should win this election, I shall devote every effort of mind and spirit to fulfilling the oath of the Presidency — practically identical, I might add with the oath I have taken for fourteen years in the Congress. For, without reservation, I can, and I quote “solemnly swear that I will faithfully execute the office of President of the United States and will preserve, protect, and defend the Constitution so help me God.”