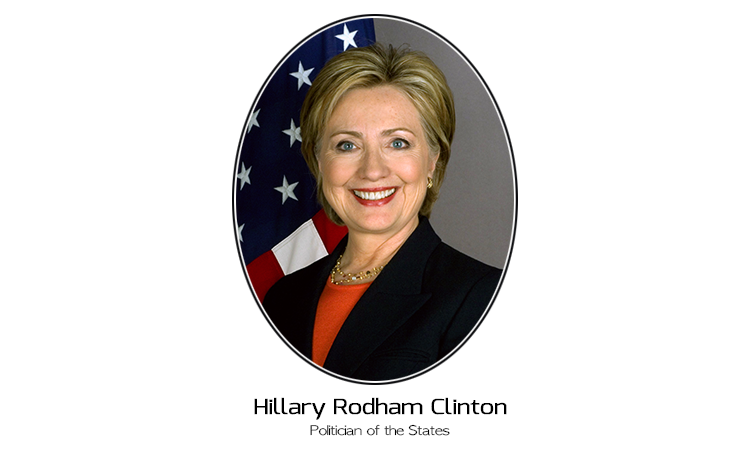 I would like to thank the Secretary General of the United Nations for inviting me to be part of the United Nations Fourth World Conference on Women. This is truly a celebration; a celebration of the contributions women make in every aspect of life: in the home, on the job, in their communities, as mothers, wives, sisters, daughters, learners, workers, citizens and leaders.

It is also a coming together, much the way women come together every day in every country.

We come together in fields and in factories. In village markets and supermarkets. In living rooms and board rooms.
Whether it is while playing with our children in the park, or washing clothes in a river, or taking a break at the office water cooler, we come together and talk about our aspirations and concerns. And time and again, our talk turns to our children and our families. However different we may be, there is far more that unites us than divides us. We share a common future. And we are here to find common ground so that we may help bring new dignity and respect to women and girls all over the world; and in so doing, bring new strength and stability to families as well.

By gathering in Beijing, we are focusing world attention on issues that matter most in the lives of women and their families: access to education, health care, jobs and credit, the chance to enjoy basic legal and human rights and participate fully in the political life of their countries.

There are some who question the reason for this conference.
Let them listen to the voices of women in their homes, neighborhoods, and workplaces.

There are some who wonder whether the lives of women and girls matter to economic and political progress around the globe.
Let them look at the women gathered here and at Huairou ? the homemakers, nurses, teachers, lawyers, policymakers, and women who run their own businesses.

It is conferences like this that compel governments and people everywhere to listen, look and face the world’s most pressing problems.
Wasn’t it after the women’s conference in Nairobi ten years ago that the world focused for the first time on the crisis of domestic violence?

Earlier today, I participated in a World Health Organization forum, where government officials, NGOs, and individual citizens are working on ways to address the health problems of women and girls.

Tomorrow, I will attend a gathering of the United Nations Development Fund for Women. There, the discussion will focus on local, and highly successful, programs that give hard-working women access to credit so they can improve their own lives and the lives of their families.

That is why every woman, every man, every child, every family, and every nation on our planet has a stake in the discussion that takes place here.

Over the past 25 years, I have worked persistently on issues relating to women, children and families. Over the past two-and-a-half years, I have had the opportunity to learn more about the challenges facing women in my own country and around the world.
I have met new mothers in Jojakarta, Indonesia, who come together regularly in their village to discuss nutrition, family planning, and baby care.
I have met working parents in Denmark who talk about the comfort they feel in knowing that their children can be cared for in creative, safe, and nurturing after-school centers.
I have met women in South Africa who helped lead the struggle to end apartheid and are now helping build a new democracy.
I have met with the leading women of the Western Hemisphere who are working every day to promote literacy and better health care for the children of their countries.
I have met women in India and Bangladesh who are taking out small loans to buy milk cows, rickshaws, thread and other materials to create a livelihood for themselves and their families.
I have met doctors and nurses in Belarus and Ukraine who are trying to keep children alive in the aftermath of Chernobyl.

The great challenge of this Conference is to give voice to women everywhere whose experiences go unnoticed, whose words go unheard.

Women comprise more than half the world’s population. Women are 70% percent of the world’s poor, and two-thirds of those who are not taught to read and write.

Women are the primary caretakers for most of the world’s children and elderly. Yet much of the work we do is not valued; not by economists, not by historians, not by popular culture, not by government leaders.

Women also are dying from diseases that should have been prevented or treated; they are watching their children succumb to malnutrition caused by poverty and economic deprivation; they are being denied the right to go to school by their own fathers and brothers; they are being forced into prostitution, and they are being barred from the bank lending office and banned from the ballot box.

Those of us who have the opportunity to be here have the responsibility to speak for those who could not. As an American, I want to speak up for women in my own country; women who are raising children on the minimum wage, women who can’t afford health care or child care, women whose lives are threatened by violence, including violence in their own homes.

I want to speak up for mothers who are fighting for good schools, safe neighborhoods, clean air and clean airwaves; for older women, some of them widows, who have raised their families and now find that their skills and life experiences are not valued in the workplace; for women who are working all night as nurses, hotel clerks, and fast food cooks so that they can be at home during the day with their kids; and for women everywhere who simply don’t have time to do everything they are called upon to do each day.

Speaking to you today, I speak for them, just as each of us speaks for women around the world who are denied the chance to go to school, or see a doctor, or own property, or have a say about the direction of their lives, simply because they are women. The truth is that most women around the world work both inside and outside the home, usually by necessity.

We need to understand that there is no formula for how women should lead their lives. That is why we must respect the choices that each woman makes for herself and her family. Every woman deserves the chance to realize her God-given potential.
We also must recognize that women will never gain full dignity until their human rights are respected and protected.

Our goals for this Conference, to strengthen families and societies by empowering women to take greater control over their own destinies, cannot be fully achieved unless all governments, here and around the world, accept their responsibility to protect and promote internationally recognized human rights.

The international community has long acknowledged; and recently affirmed at Vienna – that both women and men are entitled to a range of protections and personal freedoms, from the right of personal security to the right to determine freely the number and spacing of the children they bear.

No one should be forced to remain silent for fear of religious or political persecution, arrest, abuse or torture. Tragically, women are most often the ones whose human rights are violated.

Even in the late 20th century, the rape of women continues to be used as an instrument of armed conflict. Women and children make up a large majority of the world’s refugees. When women are excluded from the political process, they become even more vulnerable to abuse.

I believe that, on the eve of a new millennium, it is time to break our silence. It is time for us to say here in Beijing, and the world to hear, that it is no longer acceptable to discuss women’s rights as separate from human rights.

These abuses have continued because, for too long, the history of women has been a history of silence. Even today, there are those who are trying to silence our words. The voices of this conference and of the women at Huairou must be heard loud and clear: It is a violation of human rights when babies are denied food, or drowned, or suffocated, or their spines broken, simply because they are born girls.

Women must enjoy the right to participate fully in the social and political lives of their countries if we want freedom and democracy to thrive and endure.

It is indefensible that many women in nongovernmental organizations who wished to participate in this conference have not been able to attend; or have been prohibited from fully taking part.

Let me be clear. Freedom means the right of people to assemble, organize, and debate openly. It means respecting the views of those who may disagree with the views of their governments. It means not taking citizens away from their loved ones and jailing them, mistreating them, or denying them their freedom or dignity because of the peaceful expression of their ideas and opinions.

In my country, we recently celebrated the 75th anniversary of women’s suffrage. It took 150 years after the signing of our Declaration of Independence for women to win the right to vote.
It took 72 years of organized struggle on the part of many courageous women and men. It was one of America’s most divisive philosophical wars. But it was also a bloodless war. Suffrage was achieved without a shot being fired.

We have also been reminded, in V-1 Day observances last weekend, of the good that comes when men and women join together to combat the forces of tyranny and build a better world.
We have seen peace prevail in most places for a half century. We have avoided another world war.
But we have not solved older, deeply-rooted problems that continue to diminish the potential of half the world’s population.

As long as discrimination and inequities remain so commonplace around the world; as long as girls and women are valued less, fed less, fed last, overworked, underpaid, not schooled and subjected to violence in and out of their homes; the potential of the human family to create a peaceful, prosperous world will not be realized.

Let this Conference be our, and the world’s, call to action.

And let us heed the call so that we can create a world in which every woman is treated with respect and dignity, every boy and girl is loved and cared for equally, and every family has the hope of a strong and stable future.

God’s blessings on you, your work and all who will benefit from it.