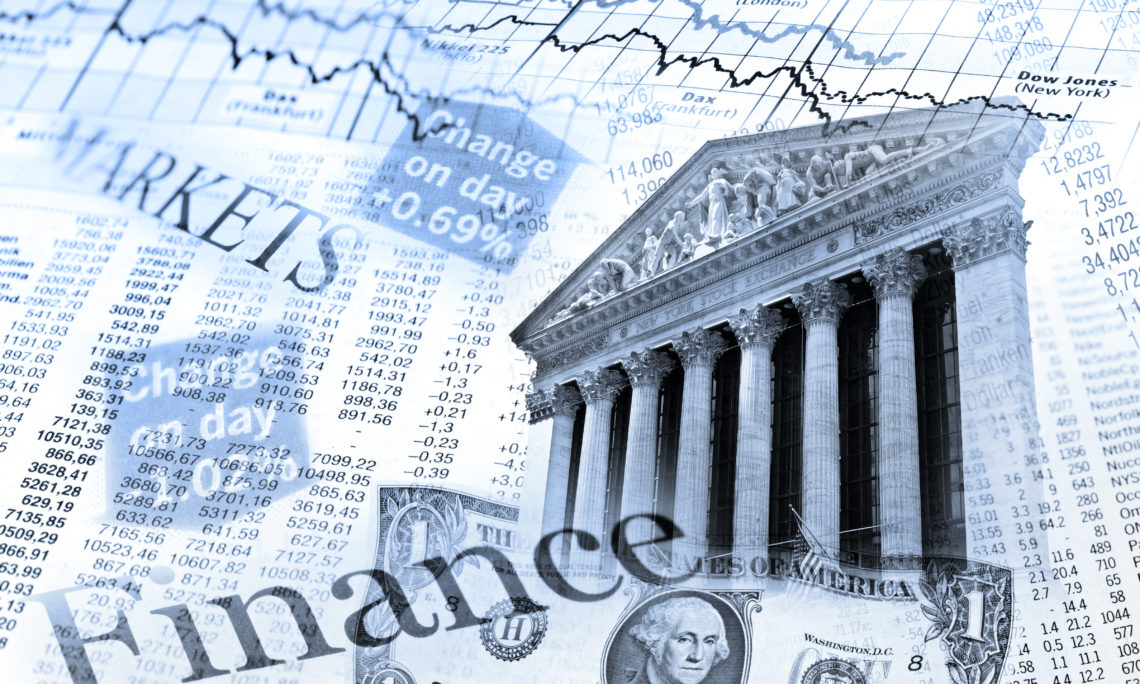 Companies turn to capital markets to raise funds needed to finance the building of factories, office buildings, and airplanes, to conduct research and development, and to support a host of other essential corporate activities. Much of the money comes from such major institutions as pension funds, insurance companies, banks, foundations, and colleges and universities.
Today about 52% of households own stock, compared to 32% in 1989.

Americans pride themselves on the efficiency of their stock market and other capital markets. These markets owe their success in part to computers, but they also depend on tradition and trust. There are thousands of stocks, but shares of the largest, best-known, and most actively traded corporations generally are listed on the New York Stock Exchange (NYSE). The largest number of different stocks and bonds traded are traded on the National Association of Securities Dealers Automated Quotation system, or Nasdaq. This so-called over-the-counter exchange, which handles trading in about 5,240 stocks, is not located in any one place; rather, it is an electronic communications network of stock and bond dealers. An unprecedented boom in the stock market, combined with the ease of investing in stocks, led to a sharp increase in public participation in securities markets during the 1990s. The annual trading volume on the New York Stock Exchange, or “Big Board,” soared from 11,400 million shares in 1980 to 169,000 million shares in 1998.

The Securities and Exchange Commission (SEC), which was created in 1934, is the principal regulator of securities markets in the United States. Before 1929, individual states regulated securities activities. But the stock market crash of 1929, which triggered the Great Depression, showed that arrangement to be inadequate. The Securities Act of 1933 and the Securities Exchange Act of 1934 consequently gave the federal government a preeminent role in protecting small investors from fraud and making it easier for them to understand companies’ financial reports.