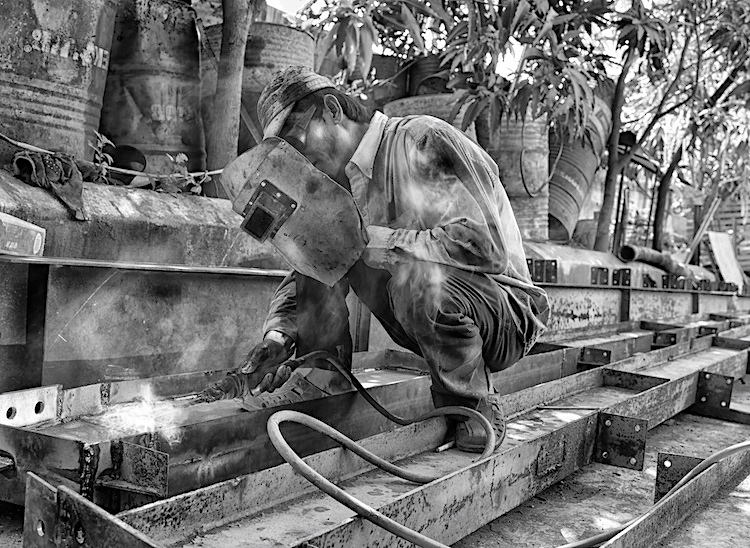 The American labor force has changed profoundly during the nation’s evolution from an agrarian society into a modern industrial state. The late 19th century and the 20th century brought substantial industrial growth. Many Americans left farms and small towns to work in factories, which were organized for mass production and characterized by steep hierarchy, a reliance on relatively unskilled labor, and low wages. In this environment, labor unions gradually developed clout.

Organized labor continues to be an important political and economic force today, but its influence has waned markedly. Manufacturing has declined in relative importance, and the service sector has grown. The changing conditions of the 1980s and 1990s undermined the position of organized labor, which now represented a shrinking share of the work force. While more than one-third of employed people belonged to unions in 1945, union membership fell to 13.2 percent in 2002. The number of union members in the United States in 2002 was 16.1 million.

Between 1950 and late 2002, total U.S. non-farm employment grew from 45 million workers to 130.7 million workers. Most of the increase was in computer, health, and other service sectors. The growth in service sector employment absorbed labor resources freed by rising manufacturing productivity. Service-related industries accounted for 24.4 million jobs in 1946. By late 2002, that sector had grown to 107.1 million jobs. Conversely, the goods-producing sector provided 17.2 million jobs in 1946, but grew to just 23.6 million in late 2002. But many of the new service jobs did not pay as highly, nor did they carry the many benefits, as manufacturing jobs. The resulting financial squeeze on many families encouraged large numbers of women to enter the work force. Salaries were no longer set to reward employees equally but rather to attract and retain types of workers who were in short supply, such as computer software experts. This helped contribute even more to the widening gap in pay between highly skilled and unskilled workers. In 1979, median weekly earnings ranged from $215 for workers with less than a secondary school education to $348 for college graduates. In 1998, that range was $337 to $821. While the minimum wage had increased almost annually in the 1970s, there were few increases during the 1980s and 1990s.