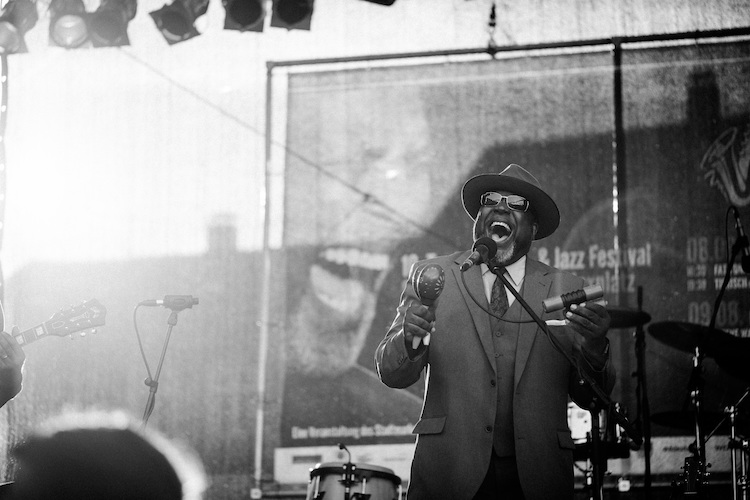 Blues is a native American musical and verse form, with no direct European and African antecedents of which we know. When the two musical tradition began to merge to create what eventually became the blues, the slaves sang songs telling about their extreme suffering and privation. The blues was mostly sung in the South and only spread northward in the 1930s and 1940s with the migration of many blacks from the South. The 1920s saw the blues become a musical form more widely used by jazz instrumentalists.

Jazz originated in New Orleans early in the 20th century, bringing together elements from ragtime, slave songs, and brass bands. One of the distinguishing elements of jazz was its fluidity: in live performances, the musicians would almost never play a song the same way twice but would improvise variations on its notes and words. Jazz was the reigning popular American music from the 1920s through the 1940s. In the 1930s and 1940s, the most popular form of jazz was “big band swing,” so called after large ensembles conducted by the likes of Glenn Miller and William “Count” Basie.

In the late 1940s, a new, more cerebral form of mostly instrumental jazz, called be-bop, began to attract audiences. Rhythm & blues was a combination of jazz and other “race- music” with the lyrical content, sonic gestures and format of the blues. The epoch of rhythm & blues spans the late 1940s to the early 1960s. The melding of rhythm & blues with country and western music in the mid-1950s gave birth to rock and roll. In the mid-1960s, rhythm and blues would become soul music. In the 1970s, many jazz musicians experimented with electronic instruments and created a blend of rock and jazz called fusion.