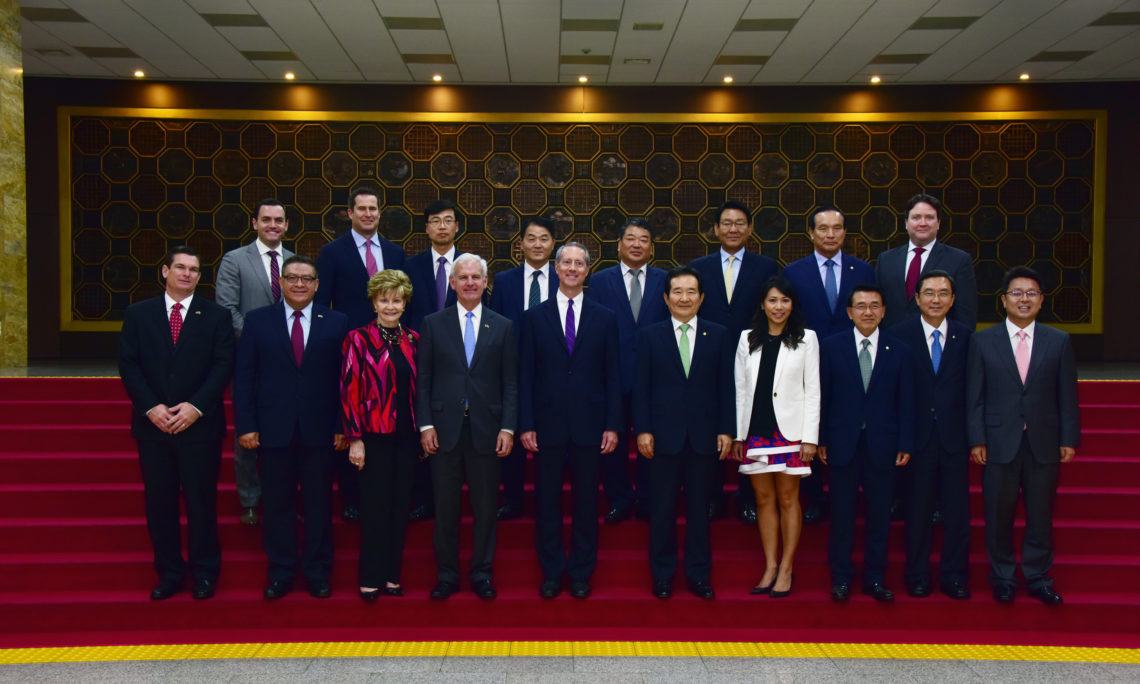 Numerous U.S. congressional delegations (CODELs) visit the Republic of Korea (ROK) every year.  Unlike the U.S. President, Secretary of State, or other members of the executive branch, a CODEL consists of members and senior staff of the U.S. House of Representatives or the U.S. Senate (collectively, “Congress”), which make up the legislative branch of the United States government.  STAFFDELS, composed solely of Congressional staffers, also frequently visit.  A CODEL can have many objectives, such as fact finding, representation at historic events, and speaking to NGOs, think-tanks, and public audiences.  The most common purpose of a CODEL, however, is simply to consult, collaborate, and share ideas with both the legislative and executive leadership of our most important partners, such as the Republic of Korea.

The United States is a steadfast ally, friend, and partner of South Korea, and our alliance with the ROK is the linchpin of regional stability and security in East Asia.  For these reasons, we frequently welcome CODELs to South Korea.  Over the Congress’ recent Memorial Day recess, we welcomed five separate CODELs, respectively led by:  Mac Thornberry (Chairman of the House Armed Services Committee), William “Bill” Flores (Member of the House of Representatives), Cory Gardner (U.S. Senator), Richard Durbin (U.S. Senator), and Jody Hice (Member of the House of Representatives).  Receiving this high number of CODELs in such a short period of time only serves to underscore the importance that our Congress attaches to the U.S-ROK relationship.  And we are always grateful to our South Korean government and National Assembly colleagues for taking the time to meet with our visiting legislators!

As each CODEL has its own reason and purpose for visiting, their schedules are often very different.  Many CODELs visit South Korea to focus on defense-related issues and, as a result, they often travel to the Demilitarized Zone, meet with senior members of the Korean government and National Assembly to discuss the security aspects of our alliance, and look for new ways to further deepen our defense cooperation.

Given the significant breadth and depth of our two countries’ relationship, our Congressional delegations also spend time meeting with Korean counterparts to discuss many other areas of our two countries’ cooperation.  These include the fields of trade and investment, cyber, space, environment, health, and energy.  These CODELs often meet with private companies and other organizations and focus on finding ways to expand the many other aspects of our bilateral relationship.

The communication and collaboration between our two nations is occurring on many levels.  The legislative branch of our government is engaged in active diplomacy, taking the U.S.-ROK relationship to the next level, and the results have been overwhelmingly positive.  I am always excited to see where conversations with our Korean partners will lead us in the future, and that’s why we always look forward to welcoming visits by our Congressional members and staff.