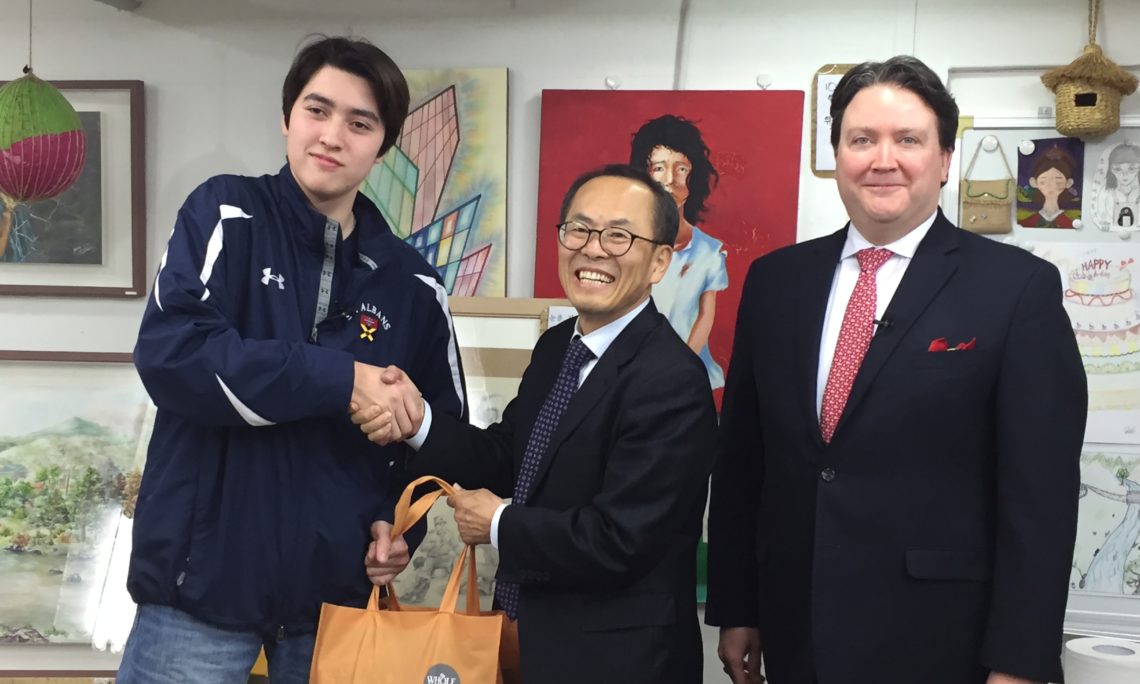 Can you imagine what it would be like to participate in a democratic society or work in a market-based economy for the first time after living under a totalitarian regime since birth?  Simple things we take for granted, like knowing how to use an ATM, shopping in a supermarket, or riding public transportation, can be difficult and challenging tasks for people in this situation.  For this reason, North Korean refugees frequently have trouble adjusting to their new lives in South Korea, and require assistance.  There are several private institutions located in Seoul dedicated to helping North Korean refugees make a successful transition into South Korean society.  The Yeomyung School is one of these institutions.

The first time I heard of the Yeomyung School was when my son, Alex, decided to volunteer to teach English there two summers ago.  The students he encountered were courageous people who had made numerous personal sacrifices and endured extreme hardships during their relocation to South Korea.  For many of the students at Yeomyung, their first priority growing up was survival, and education was considered a luxury.  Any form of schooling they did receive was heavily infused with state propaganda and was not designed to teach them how to think for themselves.  Despite being confronted with these obstacles, the Yeomyung students were bright, motivated, and learned English quickly.  Alex always spoke very highly of them and, when given the chance, he elected to spend the next summer teaching at the school.

Alex’s second summer at the school played out in much the same way as the first.  He had a great experience building relationships with the students and learning about their lives.  When it was time for him to return to the United States, he told me that he had learned much more from the Yeomyung students than they learned from him.  He wanted to do something to express his gratitude, and ultimately decided to organize a book drive at his school, St. Albans in Washington, D.C., to raise awareness about the Yeomyung School.  His St. Albans classmates were more than willing to donate reference materials for North Korean refugees to use, and Alex was able to bring several dozens of English language materials to Korea to complement the resources already in Yeomyung’s library.

My son and I think highly of the Yeomyung School for providing its students with an excellent platform for future success, and for focusing its efforts on bettering the lives of the North Korean refugee community in Seoul.  It’s a commitment that the U.S. Embassy shares as well.  We are actively engaged with North Korean refugee and resettlement communities on various levels and through various means, such as our Embassy-organized seminars on resettlement issues, long-term engagement projects, and our Mission Speaker Program.  I hope that together we can continue to make a positive impact on the lives of refugees in South Korea, and at the same time improve the world in which we all live.