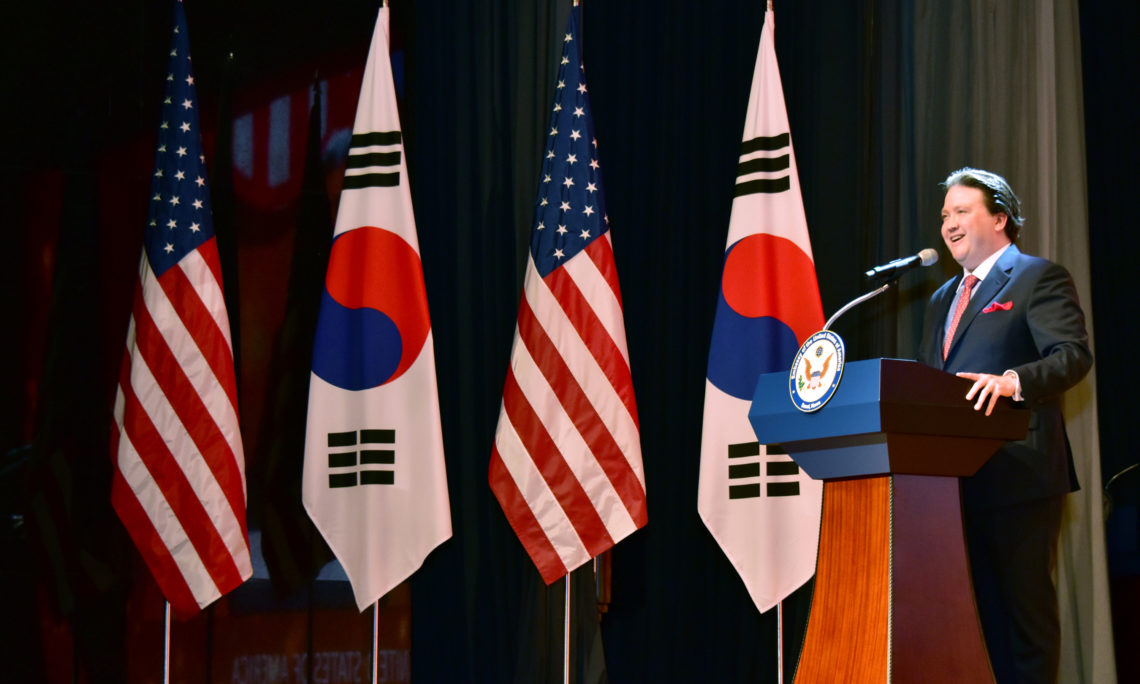 Independence Day, also known as the Fourth of July, is the day our nation’s founders declared independence from Great Britain.  The declaration was made on July 4, 1776 and was based upon the idea that a government’s power should come from the governed.  It was also predicated on the belief that a government’s main purpose should be to preserve our rights to life, liberty, and the pursuit of happiness.  These are ideals that Americans still hold dear, and the Fourth of July is one of the most celebrated holidays in the United States.  Most Americans celebrate it together with friends or family and have their own Independence Day traditions.  Families enjoy picnics, barbeques, boat rides, pool parties, and various other fun activities.  Despite these numerous traditions, the one thing you can count on is that almost everybody will watch one of the many beautiful firework displays that are organized all over the country.

Of course here in Seoul, we also celebrate our Independence Day.  Last week, we commemorated the 242nd anniversary of our nation’s independence with a reception attended by more than 1,500 guests.  I heard from many of the people I spoke with over the course of the evening how much they enjoyed the party, including the music, food, selfie booths, and America-themed decorations we installed.  We even had an Elvis impersonator and the amazing 8th Army Band perform throughout the evening.  To celebrate the 65th anniversary of the U.S.-ROK Alliance, we also took the opportunity to share with our guests the new logo we created to mark this important milestone.  Although there have been major changes on the Peninsula since we celebrated our Independence Day together last year, our alliance remains ironclad and represents the ever-growing ties between our two countries.

This year’s Independence Day celebration also marked the end of my tenure in the Republic of Korea as Chargé d’Affaires ad interim, and previously as Deputy Chief of Mission.  Some of you might have heard the good news that Admiral Harry Harris has been confirmed as Ambassador to the Republic of Korea and will soon be arriving in Seoul.  I’m grateful for the opportunity I’ve had to represent the United States in Korea, and I reflect fondly on all of the wonderful moments I’ve had since my arrival.  Among them all, I will definitely remember Korea’s incredible accomplishment of hosting a successful Winter Olympic and Paralympic Games in PyeongChang, the opportunities I’ve had to attend multiple editions of the renowned Busan Film Festival, and the delicious chicken I ate at the Daegu Chimac Festival.  Even though I’m leaving this beautiful country, I know I will stay connected to the Republic of Korea in one form or another.  I’m very confident Ambassador Harris will experience the same hospitality I have received during my time here, and I wish him the best during his tenure as Ambassador to the Republic of Korea.