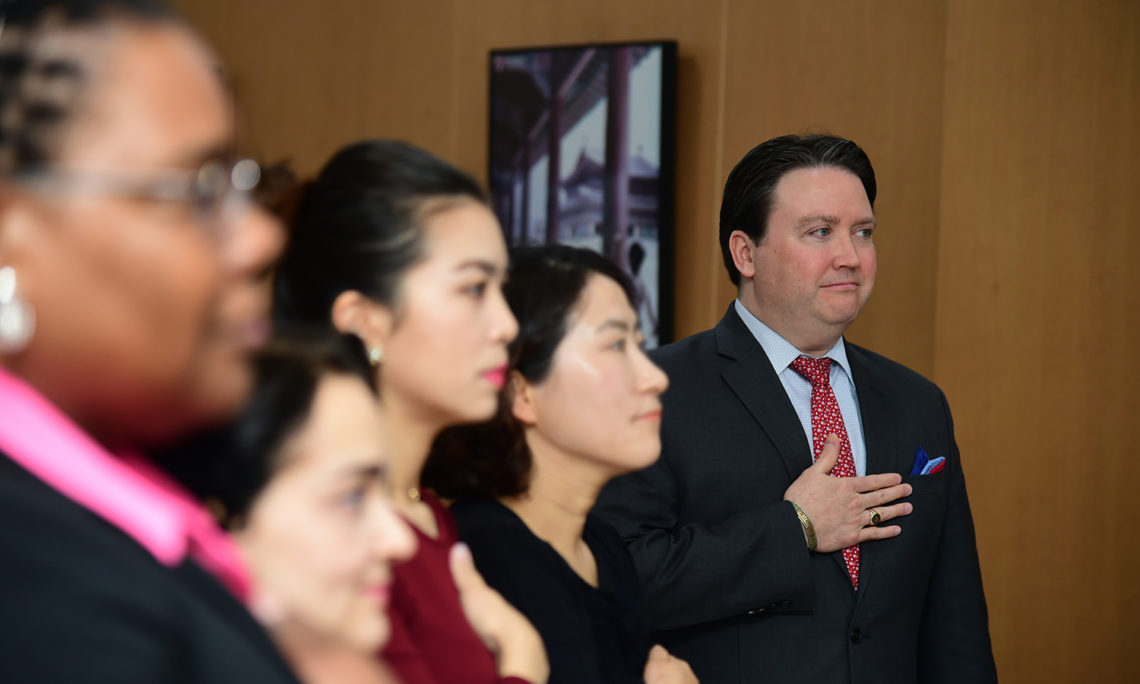 Last month I had the opportunity to attend and speak at a U.S. Citizenship and Immigration Services (USCIS) naturalization ceremony, held here at the U.S. Embassy in Seoul.  Four foreign nationals pledged their allegiance to the United States by swearing a formal oath, thereby taking the final step towards obtaining U.S. citizenship.

It was a great honor to speak at the ceremony, both professionally and personally.  Like most other U.S. citizens, my family’s roots can be traced back to foreign points of origin.  My mother’s family immigrated to the United States from Mexico in the 1930s.   My father’s family came from Germany and Ireland.  Thanks in part to a spirit of inclusiveness in the United States, they were able to build a life together and create the foundation that allowed me to pursue a diplomatic career.  For these reasons, I consider U.S. naturalization ceremonies to be celebrations of the American dream and a symbol of one of our most precious values:  that all people are created equal and endowed with the same inalienable rights.

The United States is a nation built by immigrants.  From its foundation to the present day, our country has been continuously shaped by the waves of migrants who have made it their home.  Our country is stronger because of the various traditions, cultures, and skills that immigrants contribute to our nation.  These four newly naturalized U.S. citizens are now an integral part of this legacy.

It was with great pride and deep gratitude that I welcomed these new citizens of the United States of America.  I hope they use their status to advance the causes of hope, diversity, and opportunity, and I look forward to seeing how they will help to write the next chapter of U.S. history.