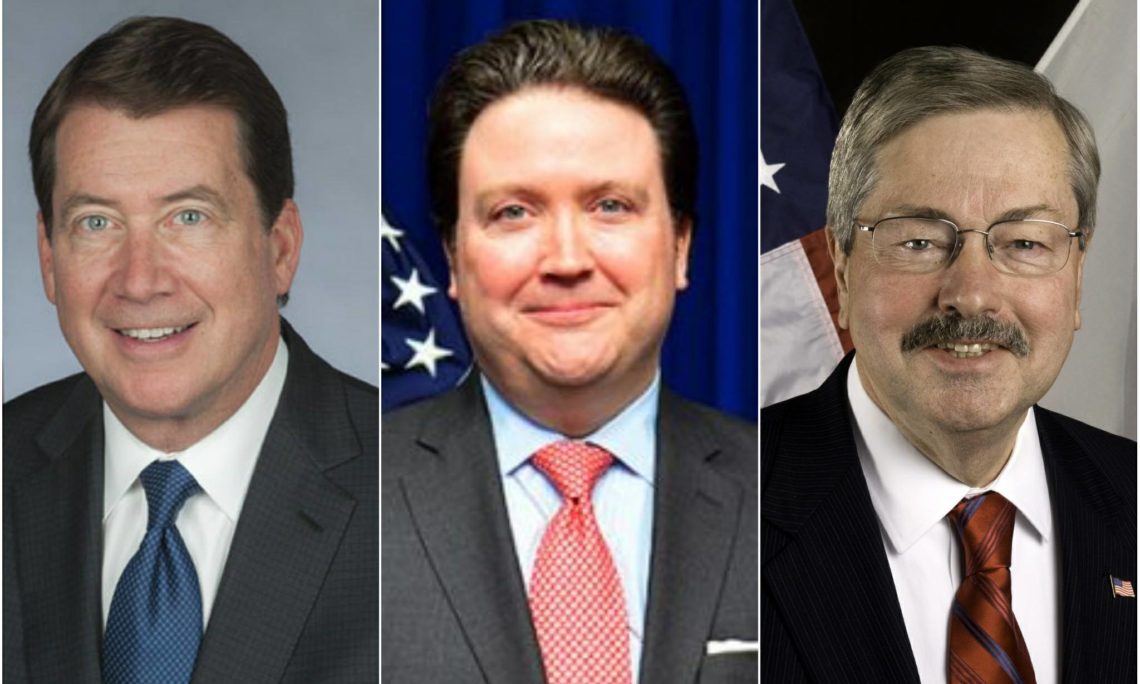 On their first full day in the Republic of Korea, the Ambassadors had an agenda packed with a variety of important events, including a meeting with Foreign Minister Kang.  The following day, they visited the Joint Security Area (JSA) and had the opportunity to share lunch with troops stationed near the Demilitarized Zone (DMZ).  During their time at the JSA, the Ambassadors were able to observe our troops and gain a better understanding of the sacrifices they make to keep us safe.

Separately, the spouses of the Ambassadors, Mrs. Christine Lock-Paddon Hagerty and Mrs. Christine Branstad, met with several North Korean defectors.  The defectors shared moving personal stories about their time in North Korea and China.  Afterwards, Mrs. Hagerty and Mrs. Branstad attended a Korean cooking class and learned how to make some of the Korean dishes that will be served at the PyeongChang Winter Olympic Games.  They ended their day with a visit to the War Memorial of Korea and a stop at the GwangJang Traditional Food Market.

Given the importance of the Korean Peninsula to U.S. national security interests, the Ambassadors’ visit was an excellent opportunity for my colleagues in Japan and China to meet our partners here and to learn more about our ironclad alliance.  It was also a great opportunity for them to experience Korean culture and the beauty of this great country.