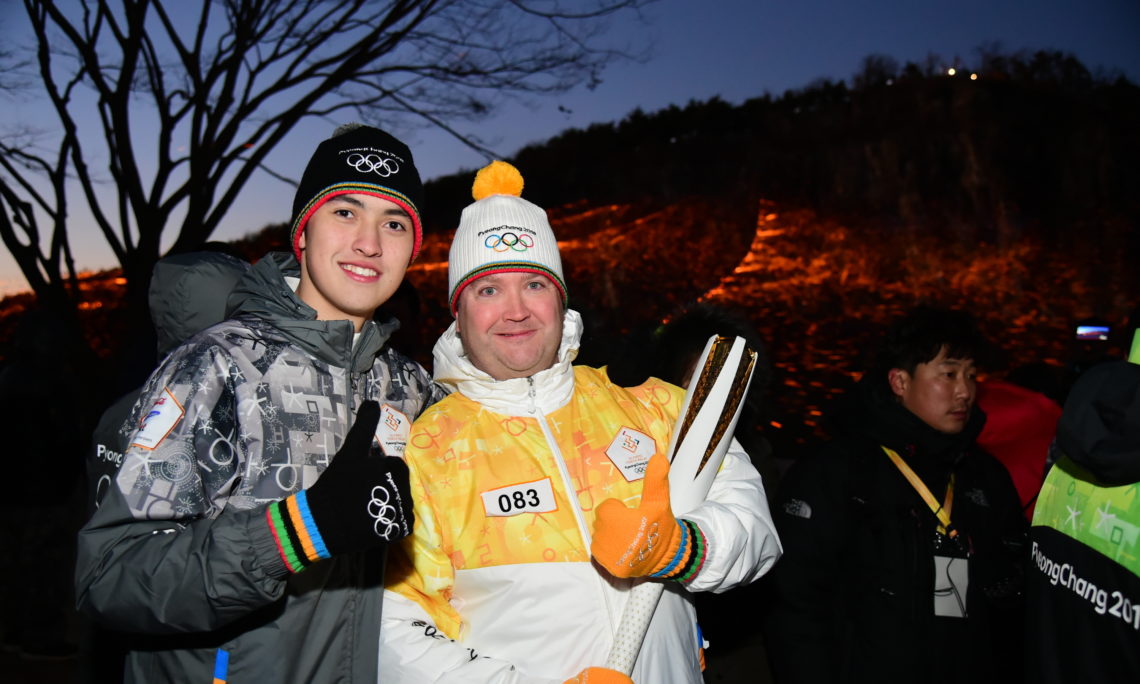 We’re getting closer and closer to the start of the 2018 PyeongChang Winter Olympic and Paralympic Games.  I’m already very excited about the Olympics taking place in the Republic of Korea, but I was even more excited when I was given the honor of participating in the Olympic torch relay and carrying the Olympic flame.  Obviously, as this is a once in a lifetime opportunity, I immediately agreed.

I was also able to bring my son, Alex.  So together, we proudly carried the Olympic torch through the renowned UNESCO World Heritage site of HaHoe Village, as part of the Andong portion of the torch relay.  Alex and I enjoyed the festive celebration and the chance to meet our fellow torch relay runners and other distinguished guests after the run.  It felt really special to be carrying a flame that started its journey in Olympia, Greece, and traveled all the way to the Republic of Korea.

The Olympic Games are also very popular in the United States.  Every two years, millions of Americans cluster around their televisions to root for Team USA.  Given that we’re a diverse nation of immigrants, many also root for the countries that their families came from.  That’s why all of us were thrilled when the 2028 Summer Olympic and Paralympic Games were awarded to my hometown, Los Angeles.  It will be great to see the Games come back to the United States.

It truly is an amazing accomplishment and an honor to be awarded the opportunity to host the biggest sporting event in the world.  All eyes will be on Pyeongchang in a few days when the Games begin and, in addition to enjoying all of the winter sports, the world will be reminded of why this is such a special country.  My sincerest congratulations to the Republic of Korea!