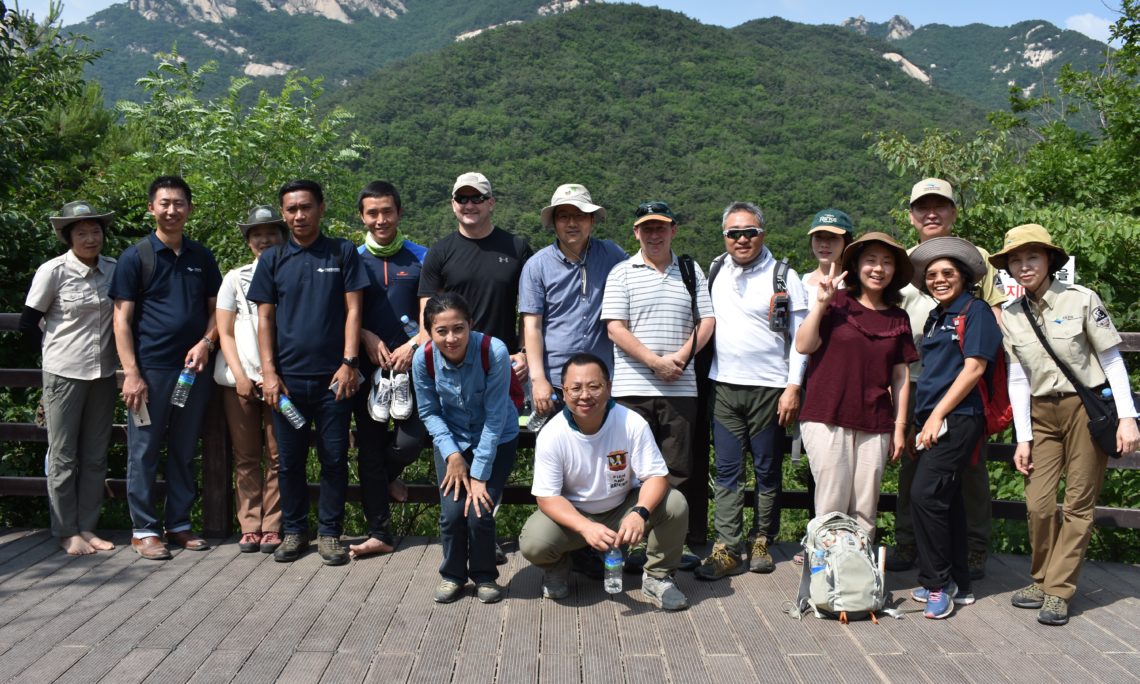 This year we celebrate the 50th anniversary of the first designated national park in the Republic of Korea, Jirisan Mountain.  All of Korea’s National Parks are managed by the Korea National Park Service (KNPS), which has done an incredible job conserving and protecting Korea’s 21 beautiful national parks.  Established in 1987, 20 years after the opening of Jirisan National Park, the KNPS has ensured that all natural and cultural resources in Korea’s national parks are preserved for our enjoyment and education and for future generations to come.  We are also proud of our close relationship between our United States National Park Service and KNPS, who have been working together for many years to ensure that both of our nations can enjoy our national parks to the fullest.  In order to share and express our excitement for this important anniversary, we are displaying a Korea National Park-themed banner on the facade of the U.S. Embassy.  From all of us here at the U.S. Embassy, please accept our most sincere congratulations on the 50th anniversary of Korea’s National Parks!

In June, we also had the pleasure of welcoming the U.S. National Park Service Midwest Region Director Cameron Sholly to Korea.  He visited Odaesan National Park, located in the province of Gangwon-do, where he was able to admire the beauty of Odaesan Mountain firsthand and meet with Korea National Park Service staff.  Afterwards, Director Sholly met with young Koreans at a U.S. Embassy Youth Forum in Seoul to discuss different aspects of the National Parks in the United States, and how young people today are experiencing national parks in new ways.

Just as in Korea, the United States is committed to conserving and protecting its 59 national parks, which receive more than 275 million guests every year.  I am fortunate that my parents took me to so many parks when I was a kid.  They are very special places.  My family and I visited Yellowstone National Park, America’s (and the world’s) first national park.  We had a great time hiking the mountains, exploring forests, and marveling at the colorful hot springs and geysers.

Next time you have a quiet weekend and are thinking of things to do, consider visiting one of Korea’s beautiful national parks.  The memories I have from national park visits are plentiful, and I’m sure you’ll create your own lasting memories.