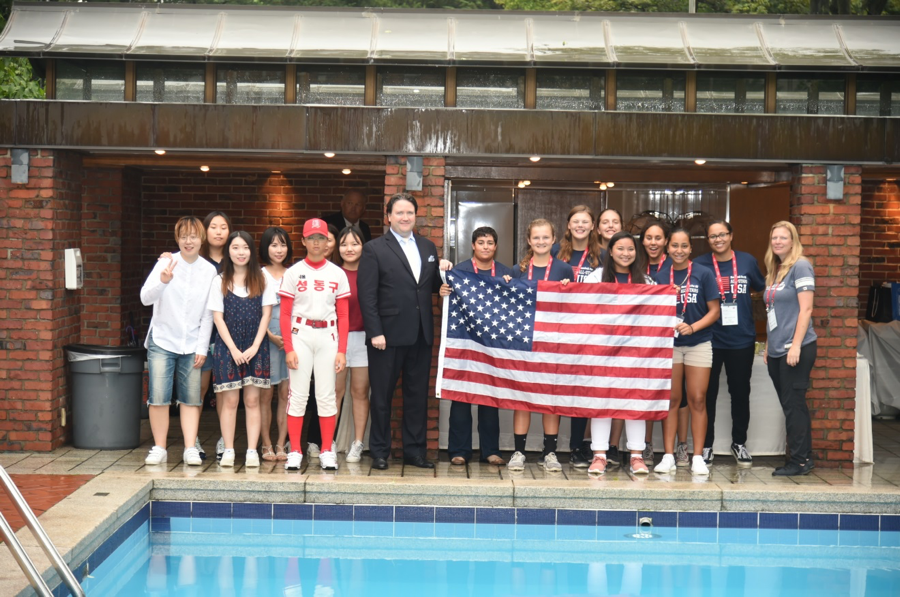 Did you know that over 100,000 girls play youth baseball each year in the United States, but only 1,000 of those girls go on to play high school baseball?  What happens to the other 99,000 players?

There are several reasons why the number of players diminishes over time.  Some girls lose interest in the sport or decide to pursue other activities.  Others, however, aren’t given an option to continue, and stop playing because such programs do not exist for girls, often because of antiquated notions of gender roles.

Thankfully, there are organizations in the United States that seek to break through these gender stereotypes by empowering, encouraging, and providing opportunities for interested girls to continue participating in the sport as they get older.  “Baseball for All” is one of these organizations.  For years it has been enabling girls to pursue their athletic passions of this great American, but historically male-dominated, pastime.  Baseball for All wants to share its message of empowerment with female players all over the world.

In August, the organization’s All-Star Women’s Team came to South Korea to represent the United States in the LG Cup, an international women’s baseball tournament.  The All-Star Women’s Team consists of female players selected from regionally diverse U.S. high school baseball teams.  The team was founded by Justine Siegal, a baseball coach and sports instructor who has dedicated her life to furthering gender equality in sports.  A few years ago, Justine made history by becoming the first female coach employed by a U.S. Major League team.

In order to show our support for the All-Star Women’s team, and the ongoing effort to bring gender equality and equal access to sports, I hosted a welcome reception at Habib House.  We invited the All-Star Women’s team and several members of the Ewha Womans University baseball team to join me for lunch.  We were also delighted and honored to have Ms. Min-seo Park – a Korean who, due to the absence of any girl’s teams, plays baseball on a boy’s team – join us as well.

The treatment of women in U.S. sports has been a symptom of a wider gender inequality that, unfortunately, still exists in some parts of the United States.  Women athletes often get paid less than their male counterparts and, more often than not, are overlooked in media coverage (which means less money in endorsements than male athletes).  As a result, female athletes often enjoy fewer opportunities than male athletes.  In the United States, we have attempted to remedy this imbalance through legislation, specifically Title IX of the Education Amendments Act of 1972, which requires all U.S. educational institutions receiving federal money to provide equal opportunities for men and women to participate in sports.  Although this has helped increase participation of women in sports at all levels, we still have a lot more work to do.

I personally feel strongly about equal opportunities for women in all aspects of society, including sports.  I hope that one day all athletes, regardless of their sex, can play the sports they love.

The All-Star Woman’s team played phenomenally at the LG Cup, taking home the silver medal!  I am certain that these young women will return to the United States and serve as role models for future female baseball players.

The road to equality is never easy, but these U.S. and South Korean female athletes are playing great baseball and, together, opening doors for future generations of female athletes.