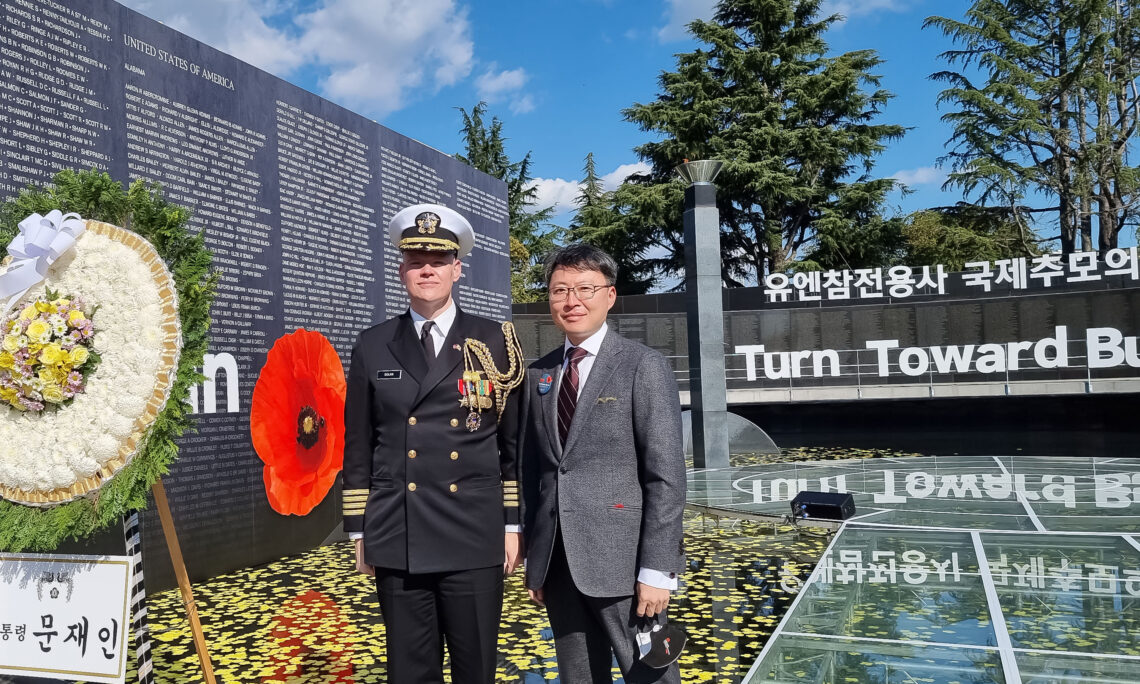 On November 11, U.S. Veterans Day, Consul David J. Jea attended the Turn Toward Busan event, joining Prime Minister Kim Boo-kyum, Colombian Vice President Marta Lucia Ramirez, UN Command Commander Gen. Paul LaCamera, and U.S. Naval Attaché Captain George Dolan to pay tribute to the fallen heroes of the Korean war. Turn Toward Busan is an annual event hosted by the Ministry of Patriots and Veterans Affairs bringing together Korean War veterans, foreign ambassadors, and other officials to the United Nations Memorial Cemetery in Korea to remember the sacrifice and dedication of the service men and women who came together under the UN flag during the Korean War. This year the remains of three British troops discovered between 2016-2017 in Paju, northwest of Seoul, were laid to rest as “unknown soldiers,” and Vice President Ramirez unveiled a new monument to the Colombian soldiers who fought during the Korean War.