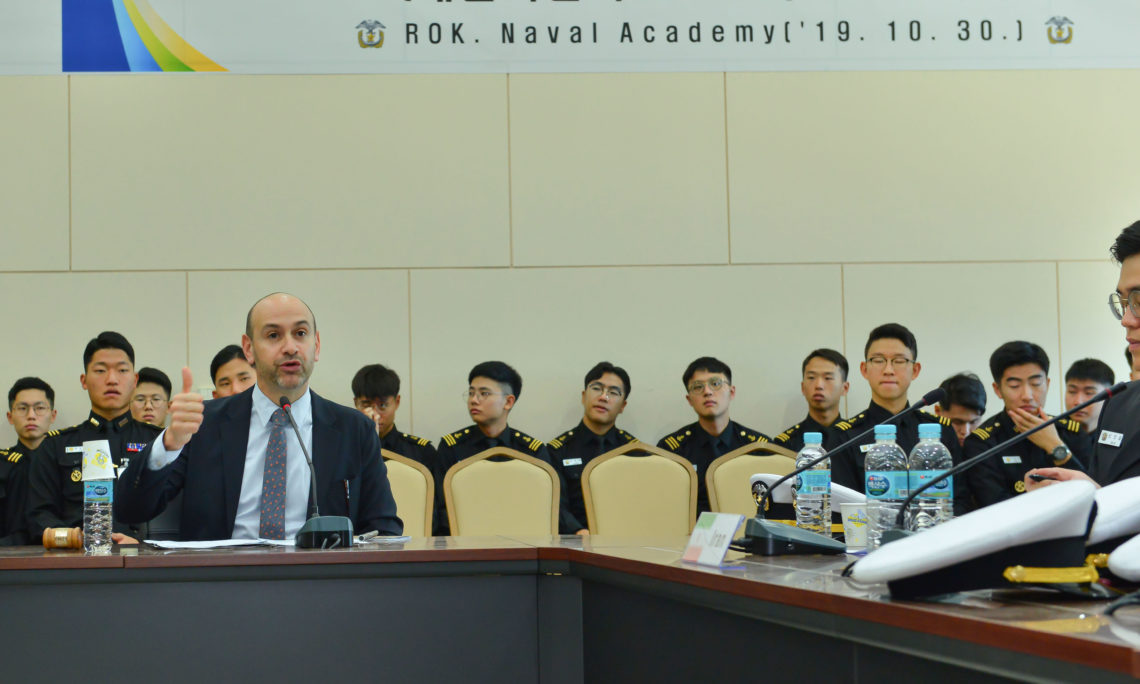 On October 30, Consul Daniel C. Gedacht presided over a Model Non-Proliferation Treaty Conference at the ROK Naval Academy in Jinhae.  40 midshipmen served as representatives from 12 countries including the United States, the United Kingdom, Japan, and Korea, where they debated nuclear disarmament and non-proliferation issues. President Lee Seo-Hang of the Korea Institute for Maritime Strategy (KIMS) organized the conference, and Consul Gedacht provided insight as a diplomat to the participants and over 100 midshipmen and the Academy Commandant in attendance.