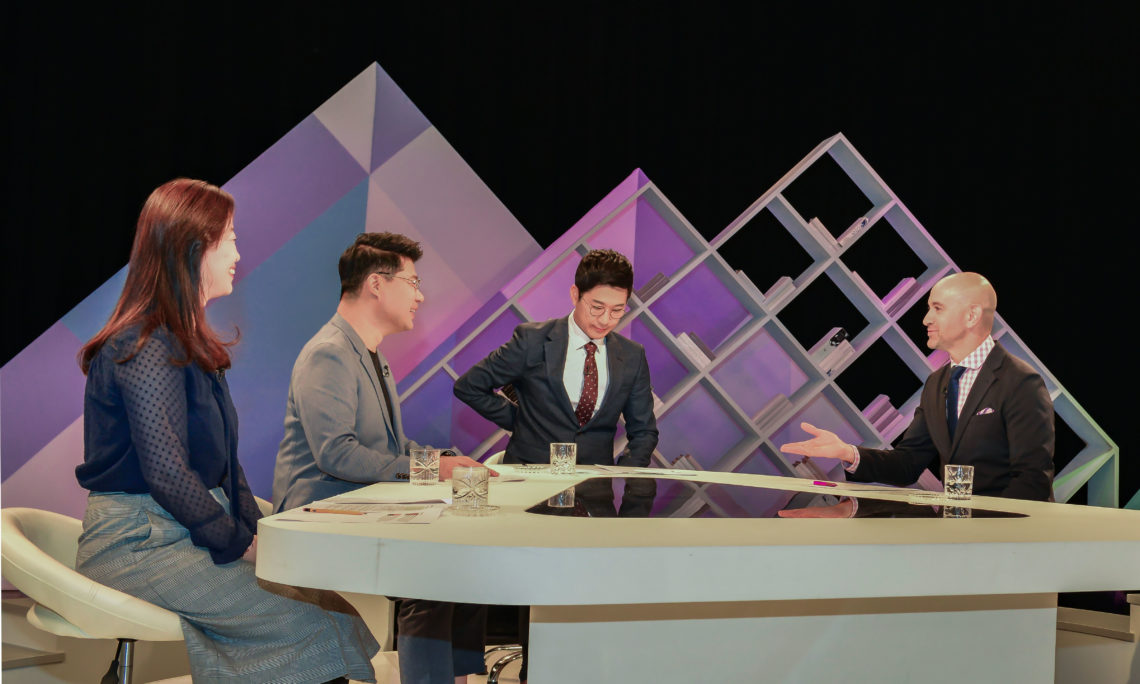 On October 27, Consul Daniel C. Gedacht appeared on KNN TV’s Sunday morning talk show “Power Talk” with executives from Busan-based job matching company SmartSocial, which won the consulate-sponsored Korea-Japan English Language Startup Pitch Contest held last month in Fukuoka.  Speaking exclusively in Korean, Gedacht introduced the Pitch Contest as a way to strengthen people to people relations between Korea and Japan, two strong U.S. allies. Sharing his experience working for a startup company in the past, Gedacht emphasized the American entrepreneurial spirit of innovation and creative problem-solving.  He discussed the mission of the U.S. Consulate in Busan to support U.S. businesses in and around Busan, and expressed his hope to connect more U.S. companies and Korean companies in Busan. The interview aired on October 27, and can be viewed at http://www.knn.co.kr/194694.