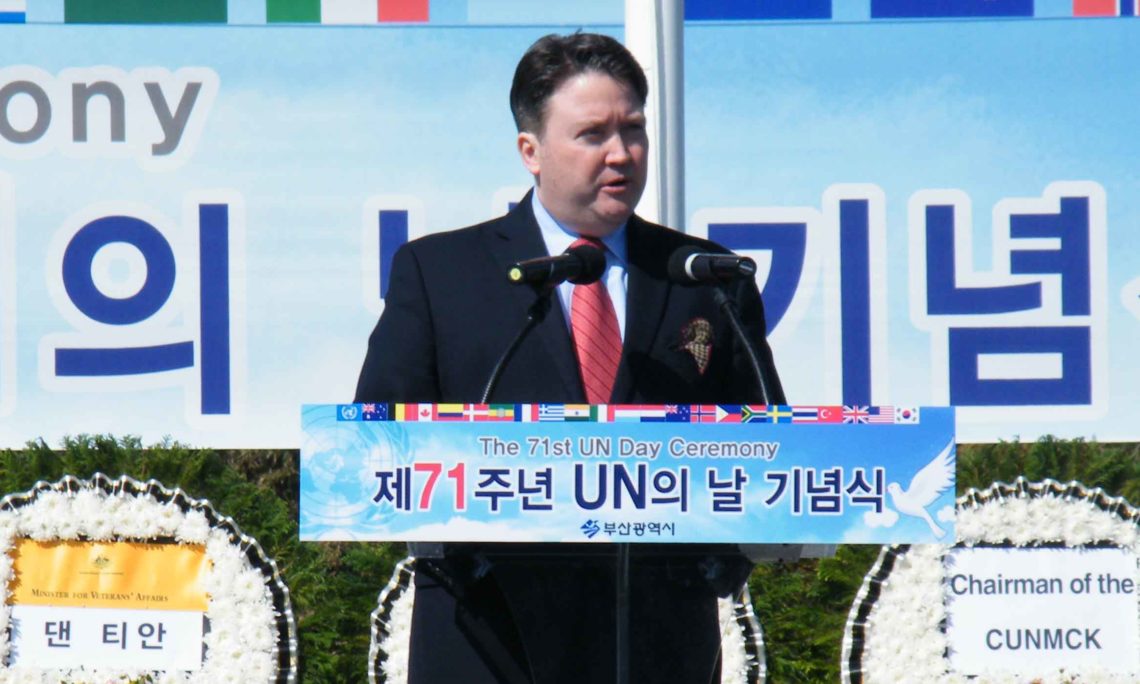 October 24, 2016 – Deputy Chief of Mission Marc Knapper attended the UN Day Ceremony held at the United Nations Memorial Cemetery in Korea (UNMCK) on October 24, 2016.  He delivered commemorative remarks to congratulate the 71st anniversary of the founding of the United Nations, to honor the memory of the Korean and U.N. troops who fought bravely during the Korean War, and to pay tribute to the bravery and heroism of so many who gave their lives.