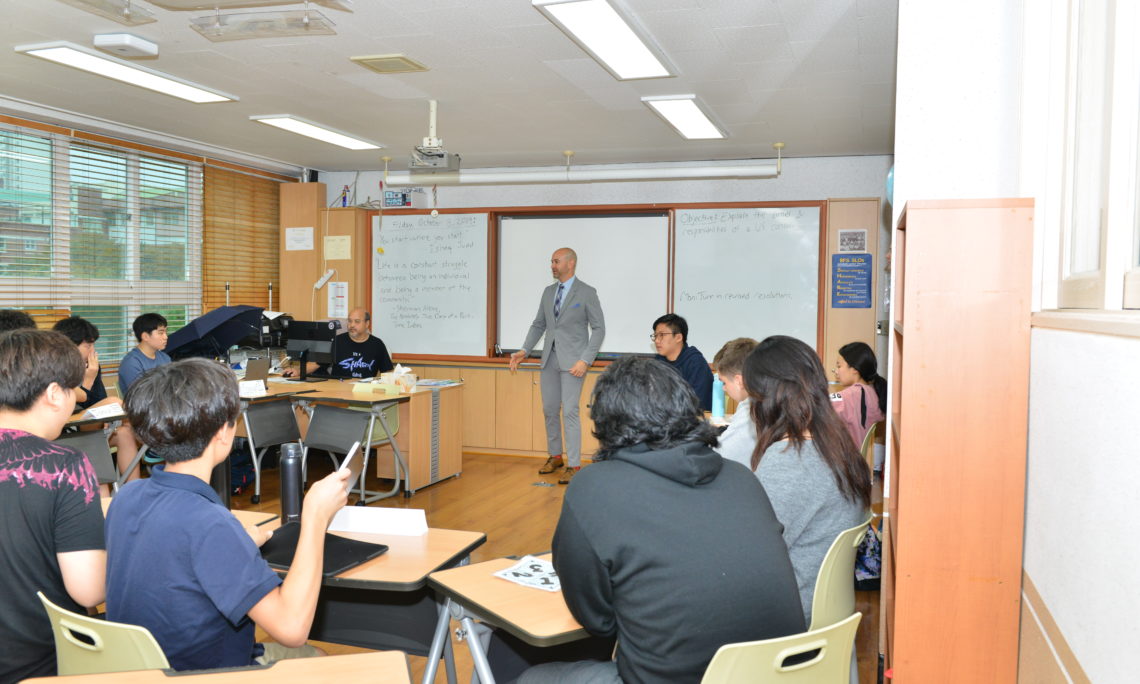 On October 18, Busan Consul Daniel Gedacht spoke on the role of diplomats to the Model United Nation (MUN) class at the Busan Foreign School where students were role-playing as delegates to the United Nations and simulating UN committees. Sharing his experiences as a U.S. diplomat representing U.S. Missions in several overseas countries, Gedacht fielded questions from the students on U.S. politics, formal diplomatic relations with foreign countries, and the challenges of a career in the Foreign Service.