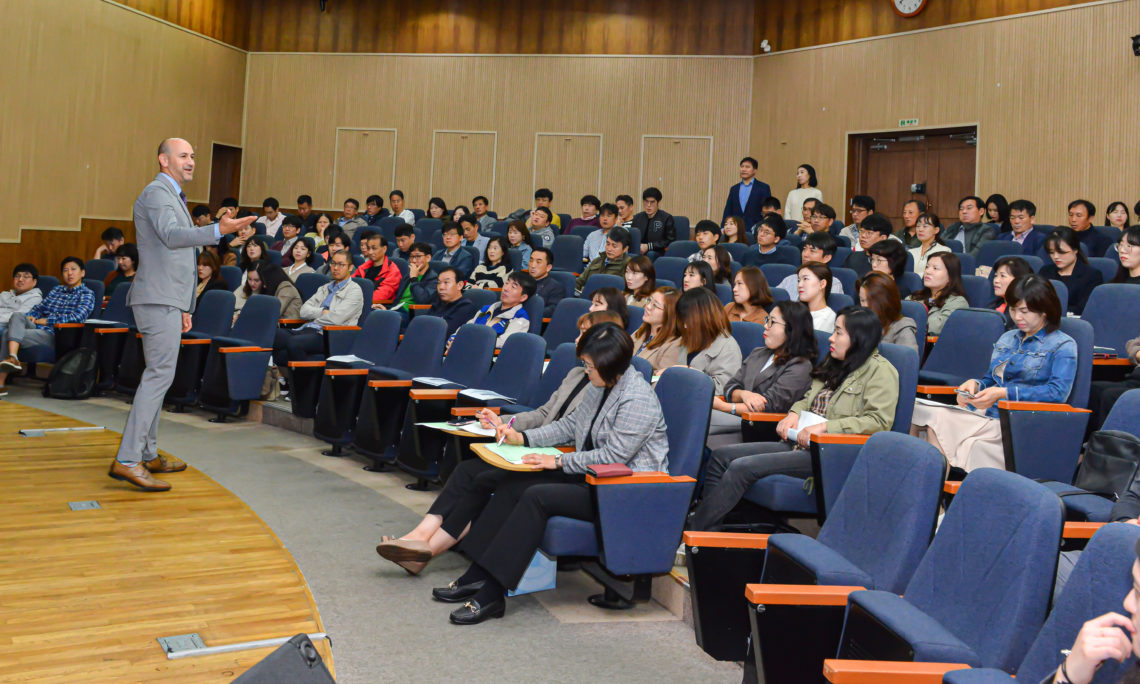 On October 16, Busan Consul Daniel Gedacht spoke to 200 civil servants from the Ulsan City Government to discuss the U.S. – ROK relationship and the importance of integrity in public service.  Invited by the city’s Department of HR and Education as the featured speaker at this year’s Ulsan Power Knowledge Up Seminar (held annually for Ulsan’s civil servants), Mr. Gedacht emphasized the breadth and depth of the dynamic relationship between the two countries through the multi-dimensional partnership reinforced by shared values, shared concerns, and economic interests, and underpinned by deep people-to-people ties.  He spoke of using city diplomacy, reaching out to cities beyond sister cities, as a way to make an impact on international relations.  Mr. Gedacht fielded questions for over an hour on topics ranging from city outreach, learning and improving foreign language abilities, and how to get more local companies involved in next year’s Select USA.