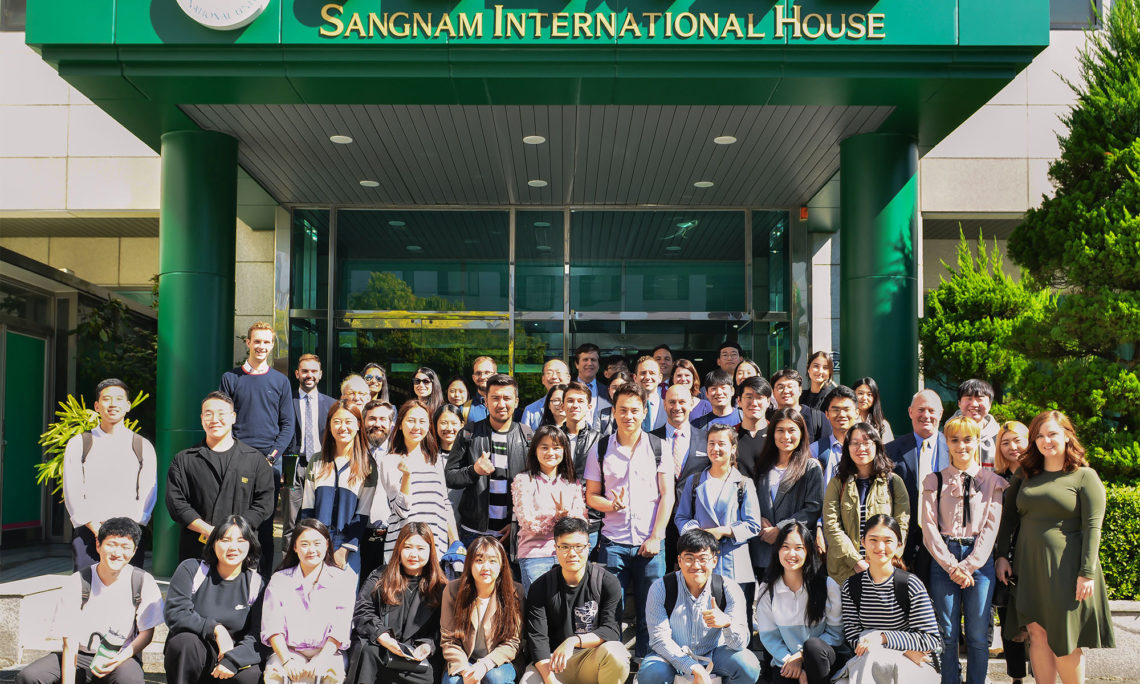 On October 10, a delegation of eight Chiefs of Staff of the U.S. House of representatives visited Busan for two days as part of Congressional Study Group on Korea which was organized by the Former Members of Congress to facilitate dialogues between Senior Congressional Staff and their counterparts in Korea. Consulate Busan assisted discussions and visits with diverse groups of top notch experts in Busan. Consul Gedacht moderated a discussion with undergraduate students at Pusan National University, invited Busan’s Ambassador for International Relations for a briefing and discussion on Busan’s international strengths and challenges, and escorted the group to Busan International Film Festival (BIFF). Consulate Busan also organized a meeting with Busan Port Authority (BPA) officials while observing Busan’s North Port onboard a BPA vessel and the group visited United Nations Memorial Cemetery in Korea to pay respects to the fallen heroes of the Korean War.