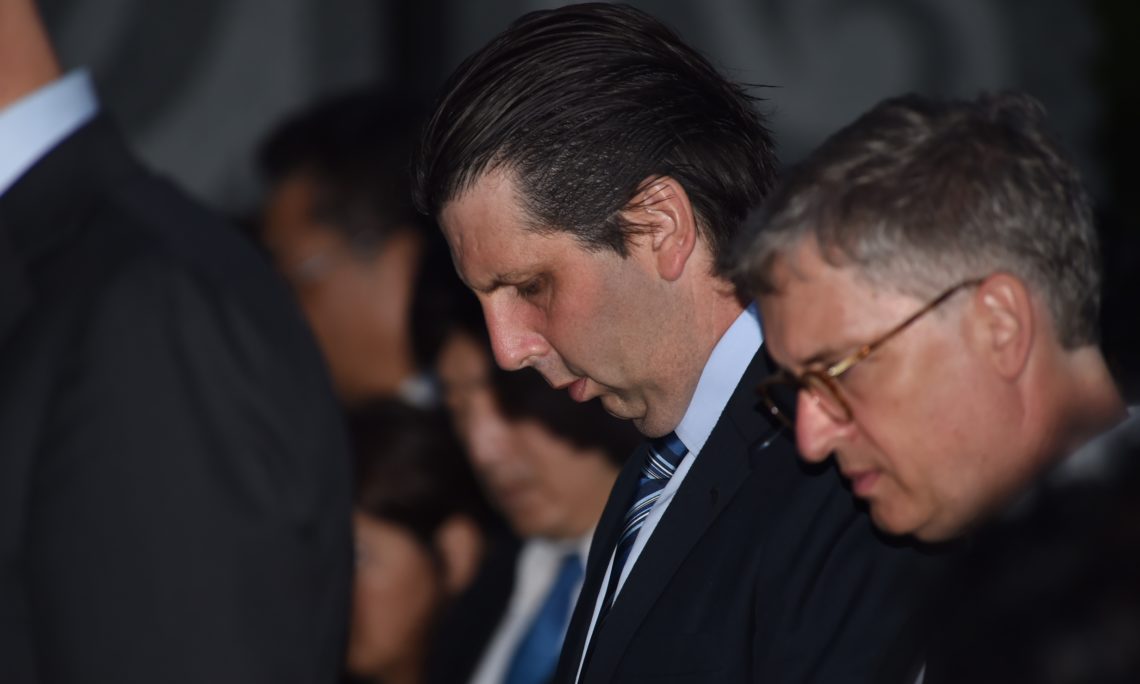 U.S. Ambassador to Korea Mark W. Lippert takes a moment of silence at a wreath-laying ceremony honoring Dutch fallen heroes at the United Nations Cemetery in Korea (UNMCK) in Busan, alongside Dutch Prime Minister Mark Rutte, Dutch Ambassador to Korea Lody Embrechts, Dutch Veterans who fought for Korea during the Korean War, and Minister Park Seung-choon of the Ministry of Patriots and Veterans’ Affairs of Korea.