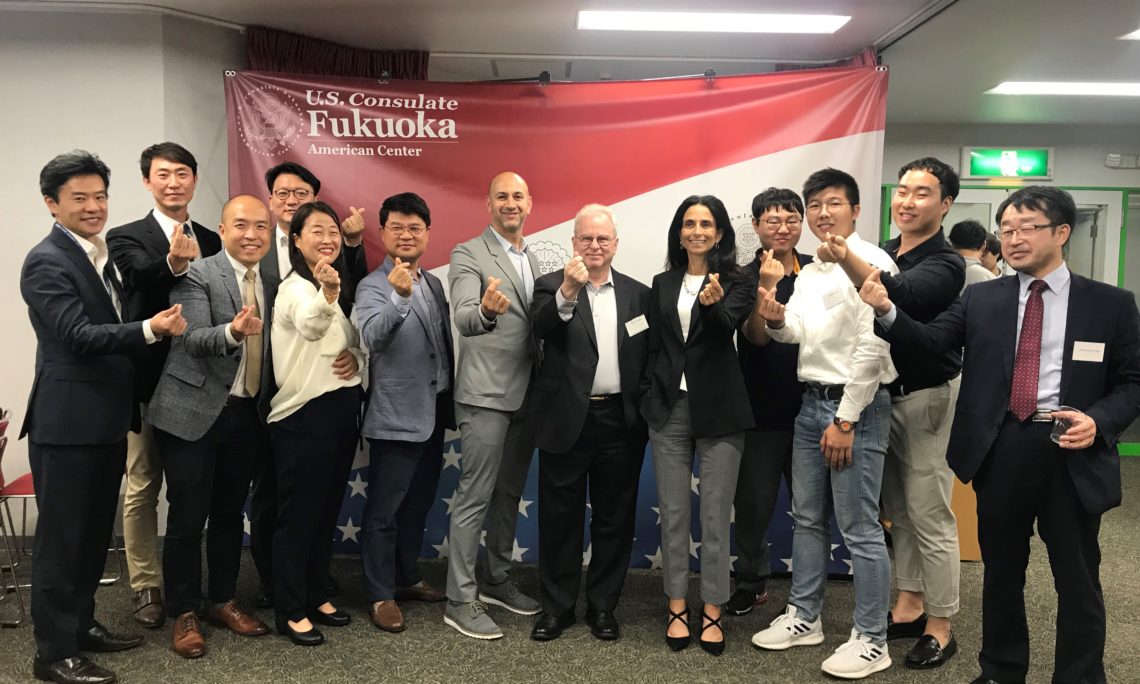 U.S. Consulate Busan co-sponsored the Korea-Japan English Language Startup Pitch Contest, which was held for the first time at Fukuoka American Center in Japan on September 20th. While Korea-Japan relations have been frozen over the trade restrictions against each other, university-based startups from Busan and Fukuoka gathered to exchange their business ideas. Working with U.S. Consulate Fukuoka, Consulate Busan engaged selected startups from Busan for this person-to-person event. The Pitch Contest was featured on major Japanese media outlets, including NHK, as well as in the Busan Ilbo.