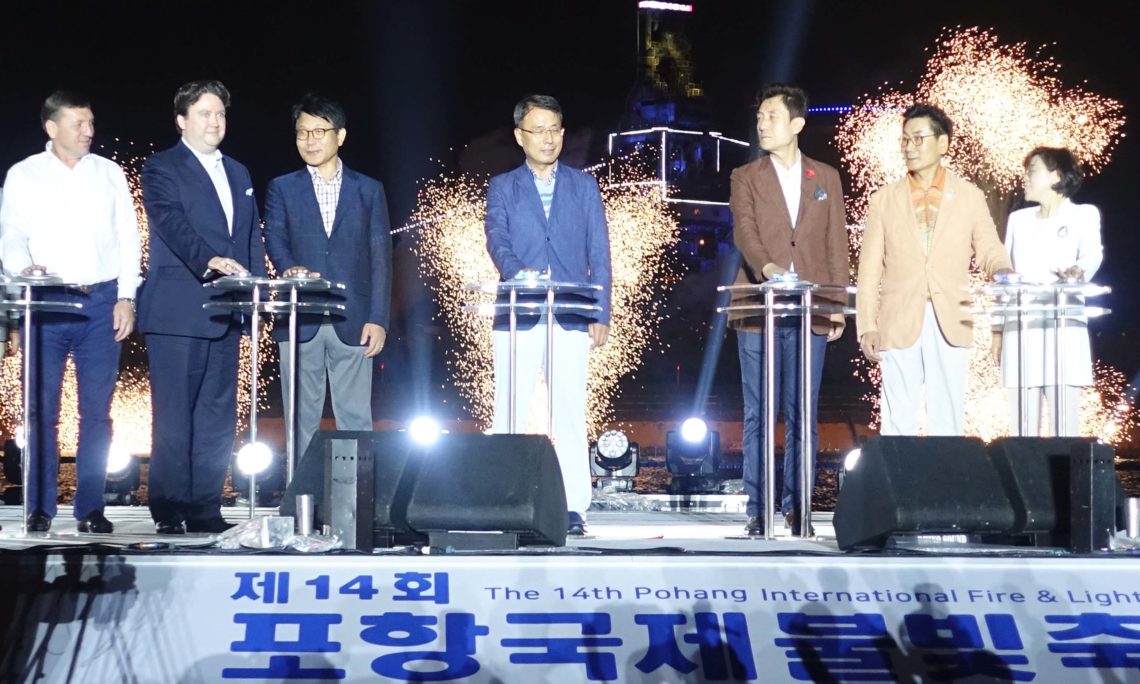 On July 29, Chargé d’Affaires Marc Knapper was one of the distinguished guests to press the button on the outdoor stage to officially kick off the “14th Pohang International Fire and Light Festival” with over 100,000 Pohang citizens in the audience. Earlier in the evening, CDA Knapper proposed a toast at the official VIP dinner with numerous mayors from Pohang’s sister cities in Japan, Russia and China. The CDA’s refreshingly succinct toast delighted all. The CDA also met privately with Pohang Mayor Lee Kang-deok.