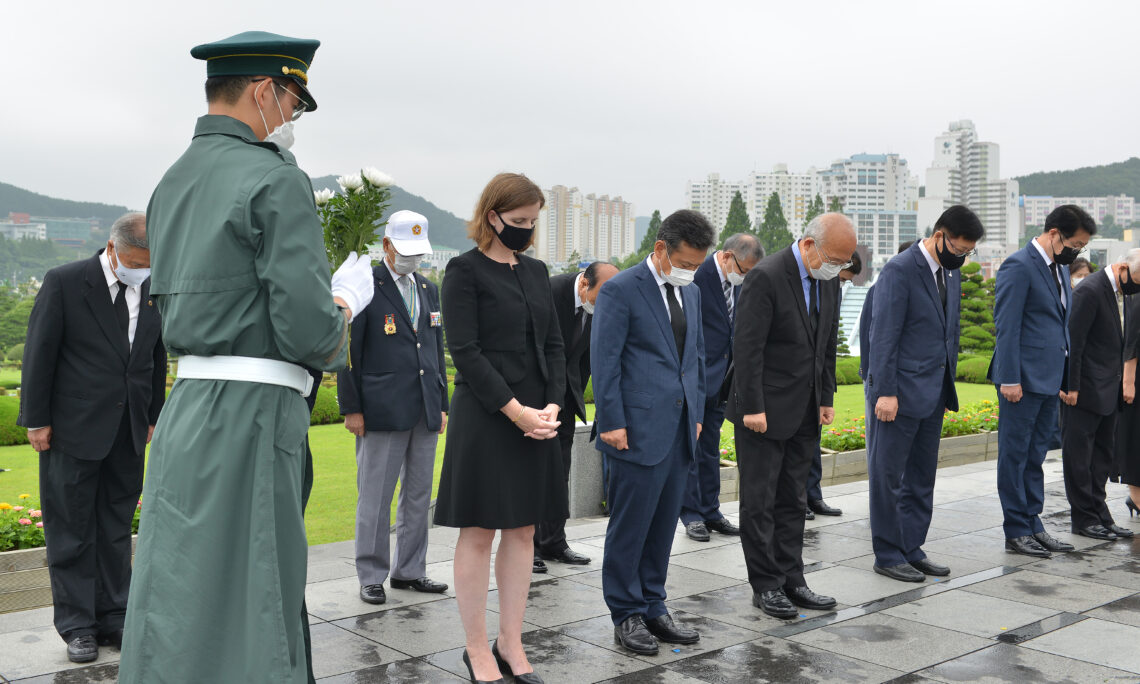 On July 27, Acting Consul Dana M. Jea represented the U.S. Mission at the UN Forces Commemoration Ceremony held at the United Nations Memorial Cemetery in Korea (UNMCK) in honor of the sacrifices and contributions made by nearly two million U.N. soldiers from 22 countries to defend Korea’s democracy and freedom during the Korean War. Consul Jea also delivered words of appreciation to the veterans and UN representatives assembled at the UN Peace Memorial Hall to Commemorate UN Forces where she stressed the strength of the US-ROK Alliance.