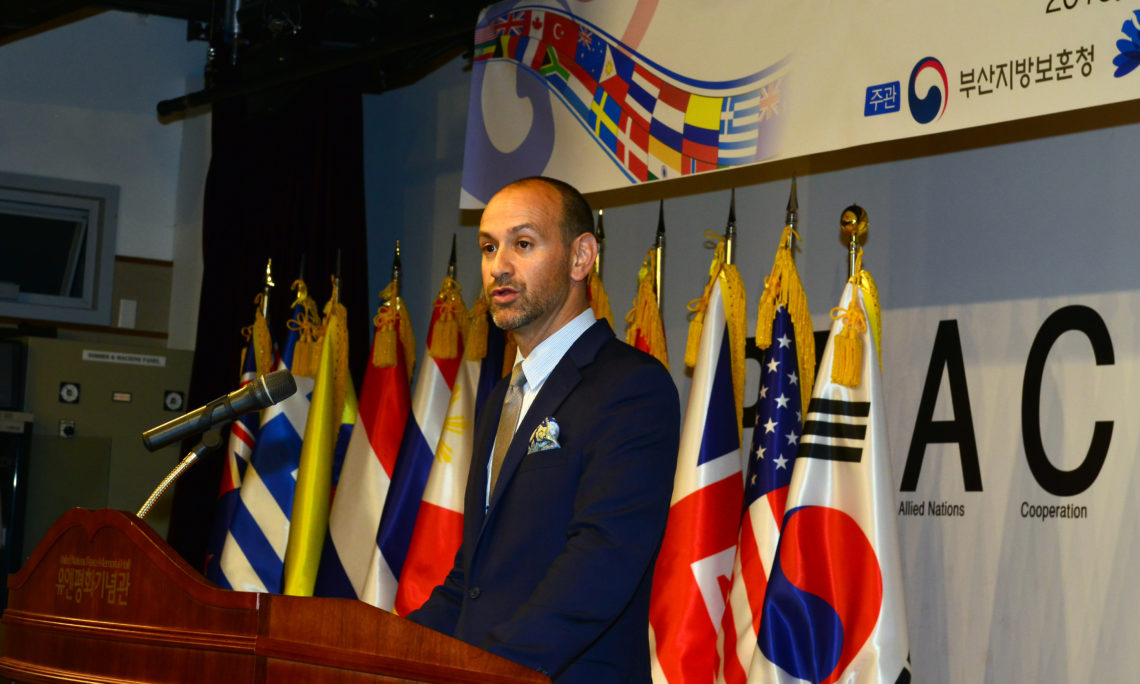 On July 27, Consul Daniel C. Gedacht delivered words of appreciation at the Commemoration Ceremony of the U.N. Forces for the sacrifices and contributions of nearly 2 million U.N. soldiers from 22 countries including the United States, who fought for Korea during the Korean War.  Consul Gedacht also addressed the importance of and his desire to strengthen U.S. – Korea alliance during his term in Busan.