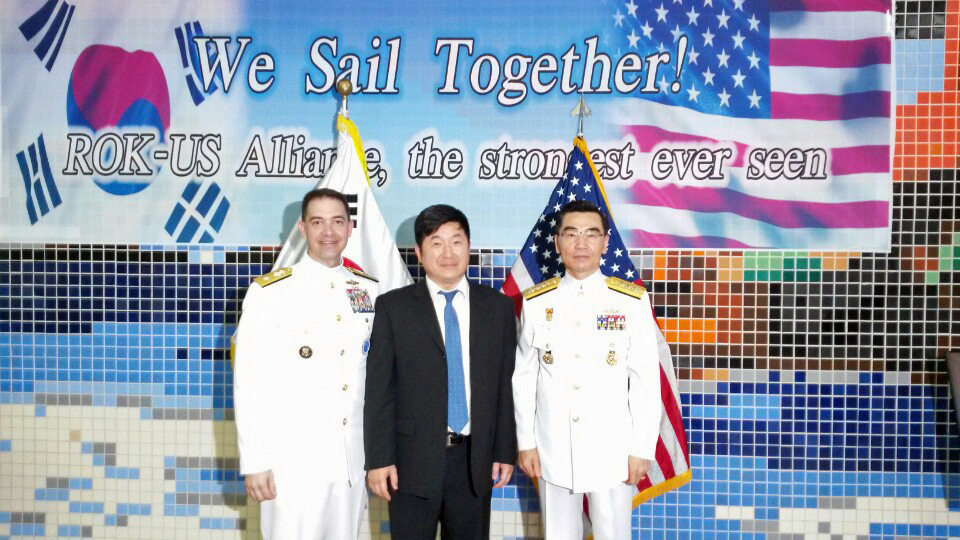 On July 20, Commander, U.S. Naval Forces Korea (CNFK) and the Republic of Korea Fleet Command celebrated their 60th and 65th anniversaries, respectively, and the close bilateral alliance, by hosting a joint concert at the KBS Concert Hall in Busan.  The concert featured navy bands of both countries, prominent pop and classical singers, break dancers, an illusionist, and traditional instrumentalists, as well as a children’s choir from an orphanage which U.S. sailors have assisted since the 1950s.  Photos displaying U.S.-ROK cooperation during and since the Korean War were projected on the screen during some of the performances.  The audience of over 2000 included Busan City Mayor Suh Byung-soo, CNFK and ROK Navy Commanders and sailors, and other dignitaries.