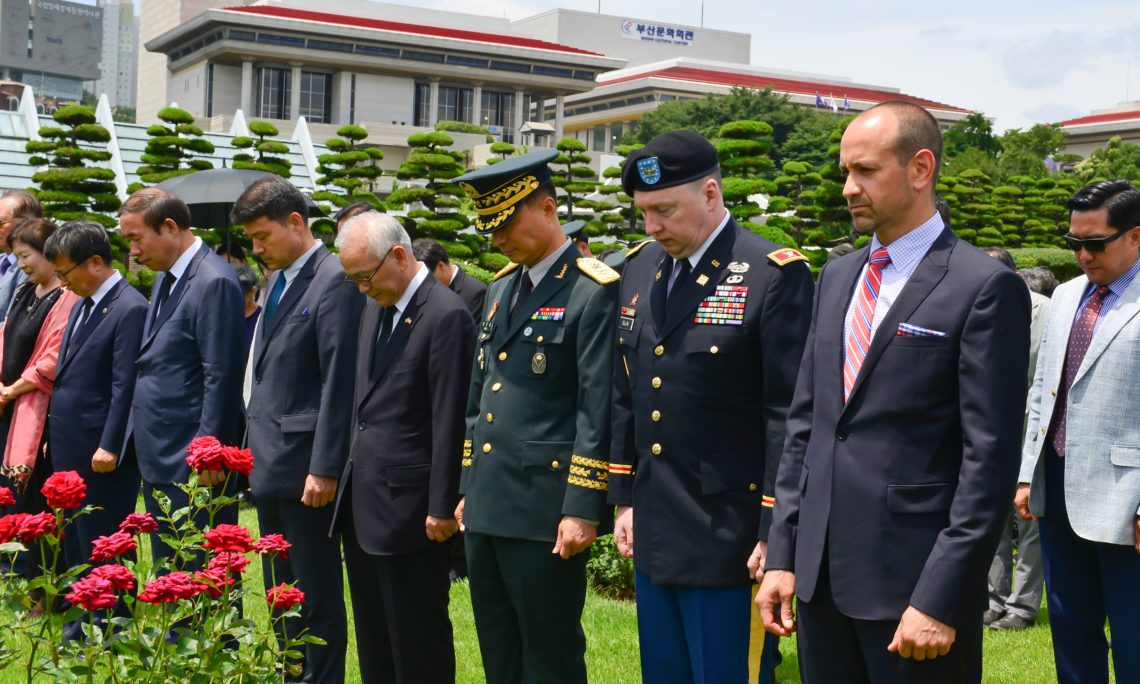 Consul Lays A Wreath at Memorial Service of General Whitcomb

On July 12, Consul Daniel Gedacht attended the 36th memorial service of the late U.S. General Richard S. Whitcomb at the United Nations Memorial Cemetery in Korea (UNMCK).  General Richard S. Whitcomb is widely respected for his efforts to help Busan children who were orphaned during the Korean War.  He is also recognized for helping to establish Pusan National University (PNU) and Maryknoll Hospital in the 1950s.  President of the Pusan National University, Busan City Hall officials, and both Korean and U.S. Military leadership attended to honor the late General.  Consul Gedacht also attended the Opening of the General Whitcomb’s Exhibition Room at the U.N. Peace Memorial Hall.